Defensive Improvements Made To Madden 25 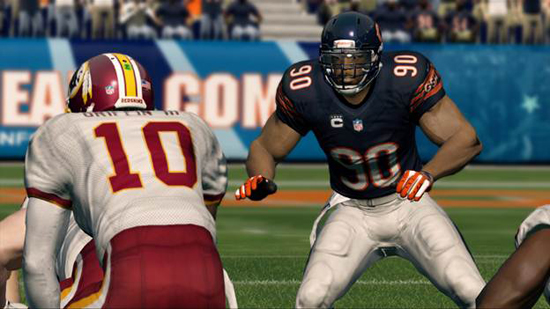 EA Sports has announced all sorts of upgrades to this year’s Madden 25 game both on offense and on defense.  This post is going to focus exclusively on the defensive improvements made to this year’s game.

Man align has been fixed! Man align is a feature that allows your defenders to line up directly over the offensive players that they would be responsible for if they were in man to man defense.  This allows you to get your defenders into better position to cover the offense before the ball is snapped.  There were some problems with the way the defenders aligned in Madden 13 but you won’t have to worry about that this year.

The ballhawk feature that was introduced into the Madden NFL franchise last year was viewed as a blessing by some and a curse by others.  Essentially the ballhawk feature allowed the user on defense to hold down Y/triangle while running around the field and this would lead to more interceptions.  If you got used to doing that in Madden 13, now would be a good time to stop because that will no longer work in Madden 25.  You will have to time it better for it to work in Madden 25.

We covered the fix to buzz zones in a completely different post but if you don’t want to take the time to read it, we can sum it up by saying that buzz zones work how they are designed to this year.

The normal stuff that they announce every year like, “defenders react better to the ball” has of course been said again this year but we must wait and see a final build of the game before that is to be believed.

What is your favorite defensive improvement to Madden 25?

Madden 25 Cover For XBOX One and PS4