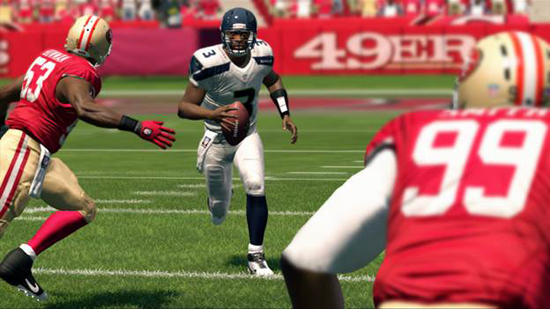 One of the most frustrating things for an average Madden gamer to defend against in Madden 13 was the read option.  There was no real way to defend it against an opponent who knew what he was doing other than to just manually go after the quarterback.

Luckily, that will no longer be the case when Madden 25 comes out.  You will now have the ability to choose whether you go after the quarterback or the running back if a read option in called.  The new feature is being called, “defensive keys.”

Then it depends on whether you want to attack the QB or the RB:

The days of calling the read option just to always keep the ball in the hands of the quarterback are over.  This is another giant step forward for EA Sports in their quest for making a truly sim Madden game.

Will this new feature stop you from running the read option as much in Madden 25?