It is pretty well known how silly the computer controlled teams in franchise mode can be when it comes to trades so we decided to take 10 minutes and just offer various teams trades and see what they accepted.

What we found is that you can get some pretty amazing players and draft picks for relative pennies.

Go ahead and try these trades out in your own Madden 20 franchise to verify that these trades do in fact get accepted.

The first trade we decided to try was getting Austin Ekeler from the Chargers. We offered a 28 year old 3rd string defensive tackle and to our surprise, we got an enthusiastic yes. 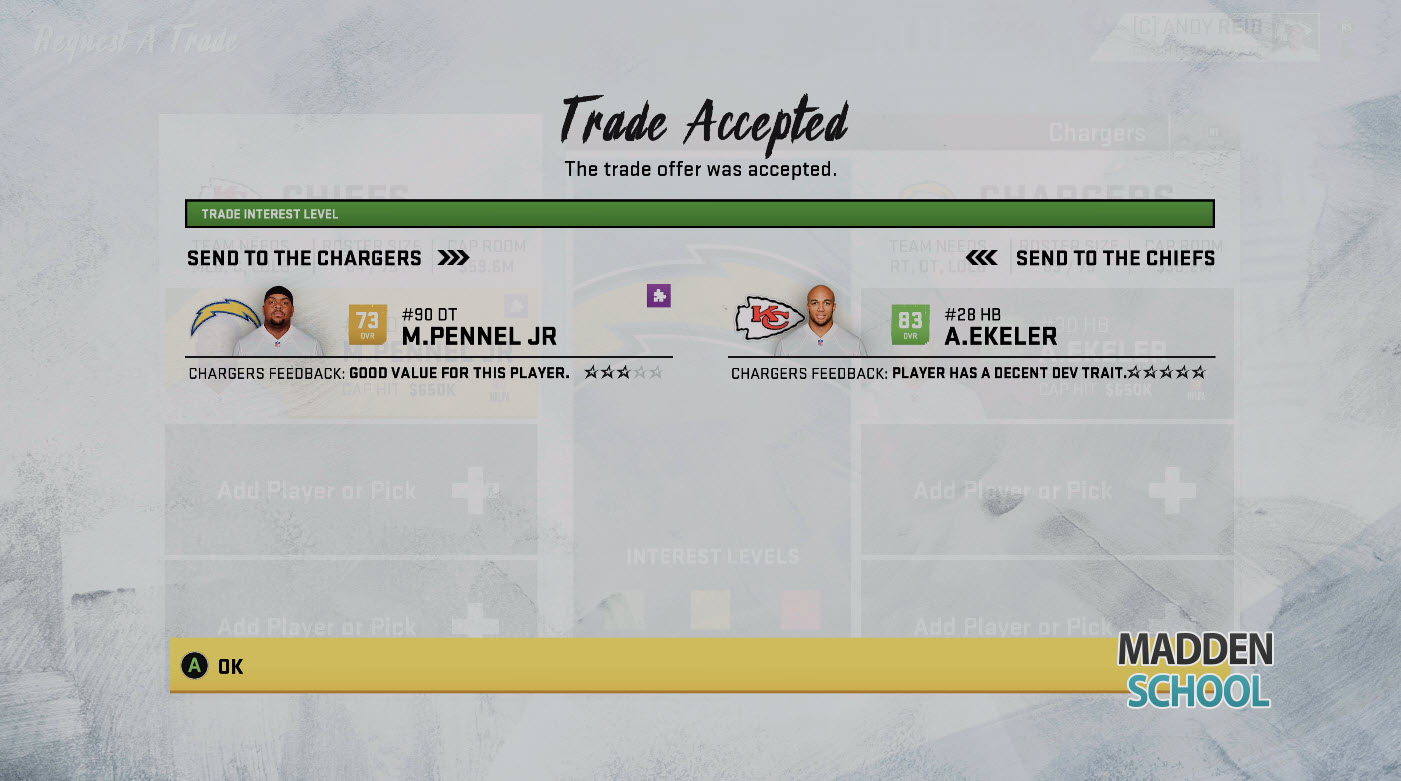 An old 73 overall journeyman for one of the most dynamic pass catching running backs in the NFL. Not exactly a great trade for the Chargers.

However, for us as the Chiefs sending the trade, it makes that offense even more powerful.

The next trade we want to look at is how to get the #1 overall pick in the draft.

In this scenario, we are the San Francisco 49ers, making a trade with the Miami Dolphins. 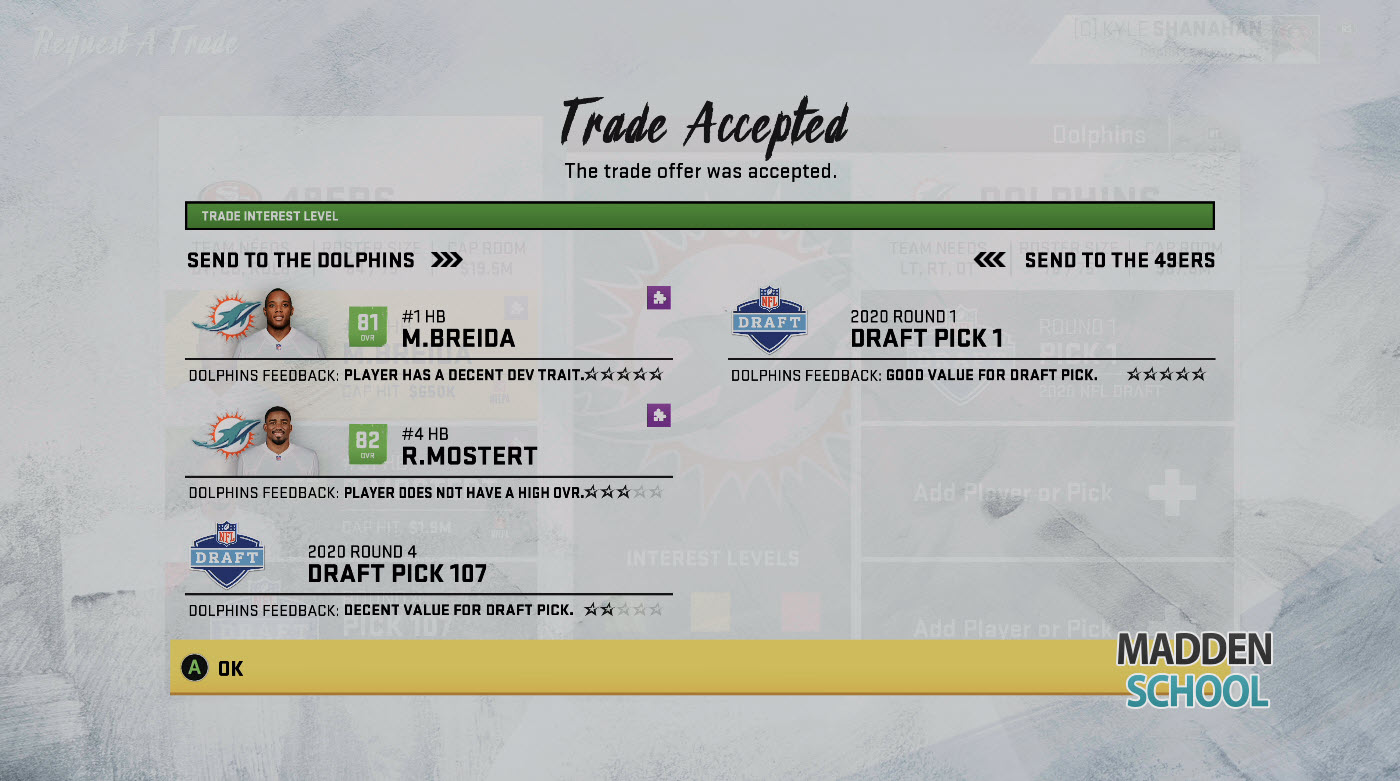 The 49ers have 4 decent options at running back so it doesn’t hurt too much to trade 2 of them away.

The interesting thing to note is that the CPU rejected the trade until we added in a 4th round pick.

Once they heard that they would also get the 107th pick along with 2 decent running backs, they too enthusiastically accepted.

We aren’t done with the trades as the 49ers. 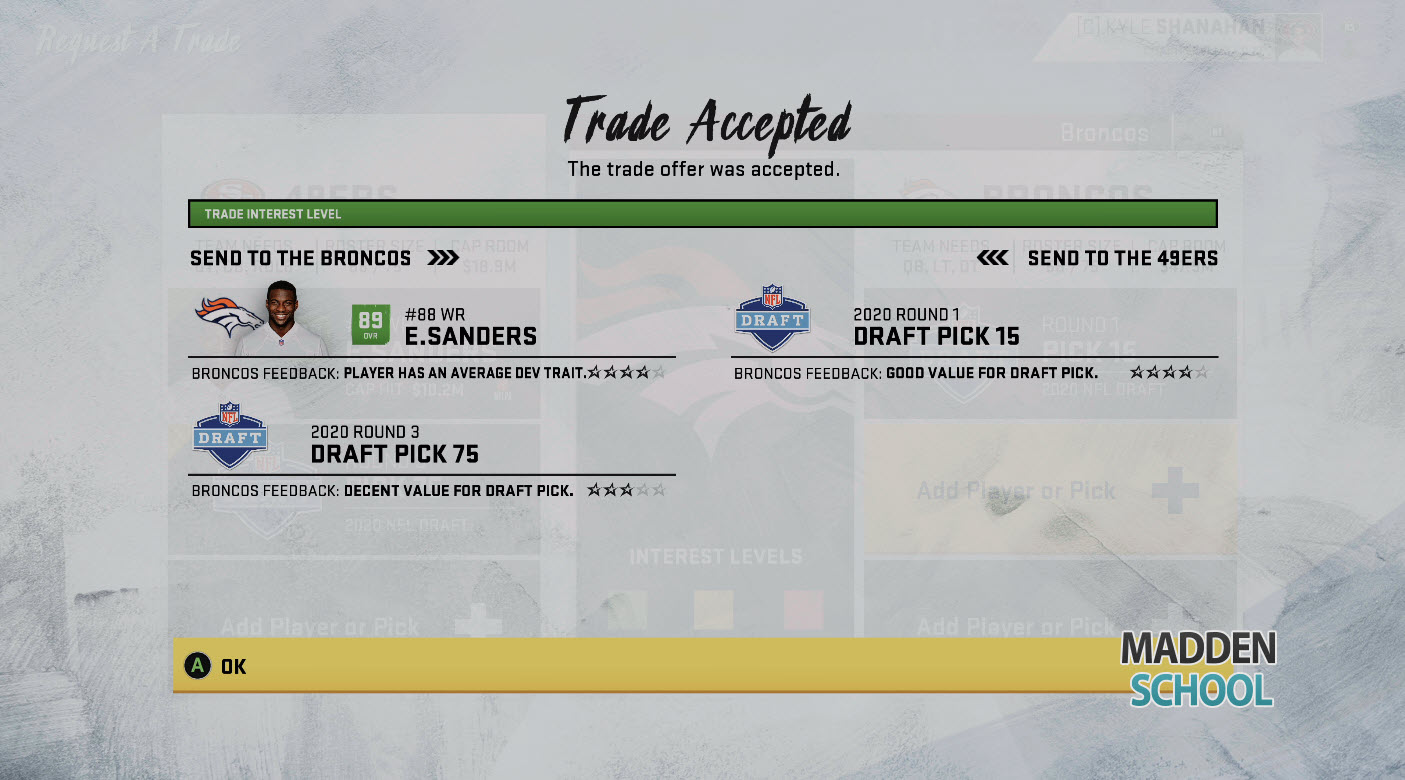 We decided to get another 1st round pick by sending away a good receiver but who is about to retire. We packaged him up with a 3rd round pick and were able to get the 15th overall pick for him.

The next player we wanted to see how easy it was to get is an elite young offensive lineman, Quenton Nelson. 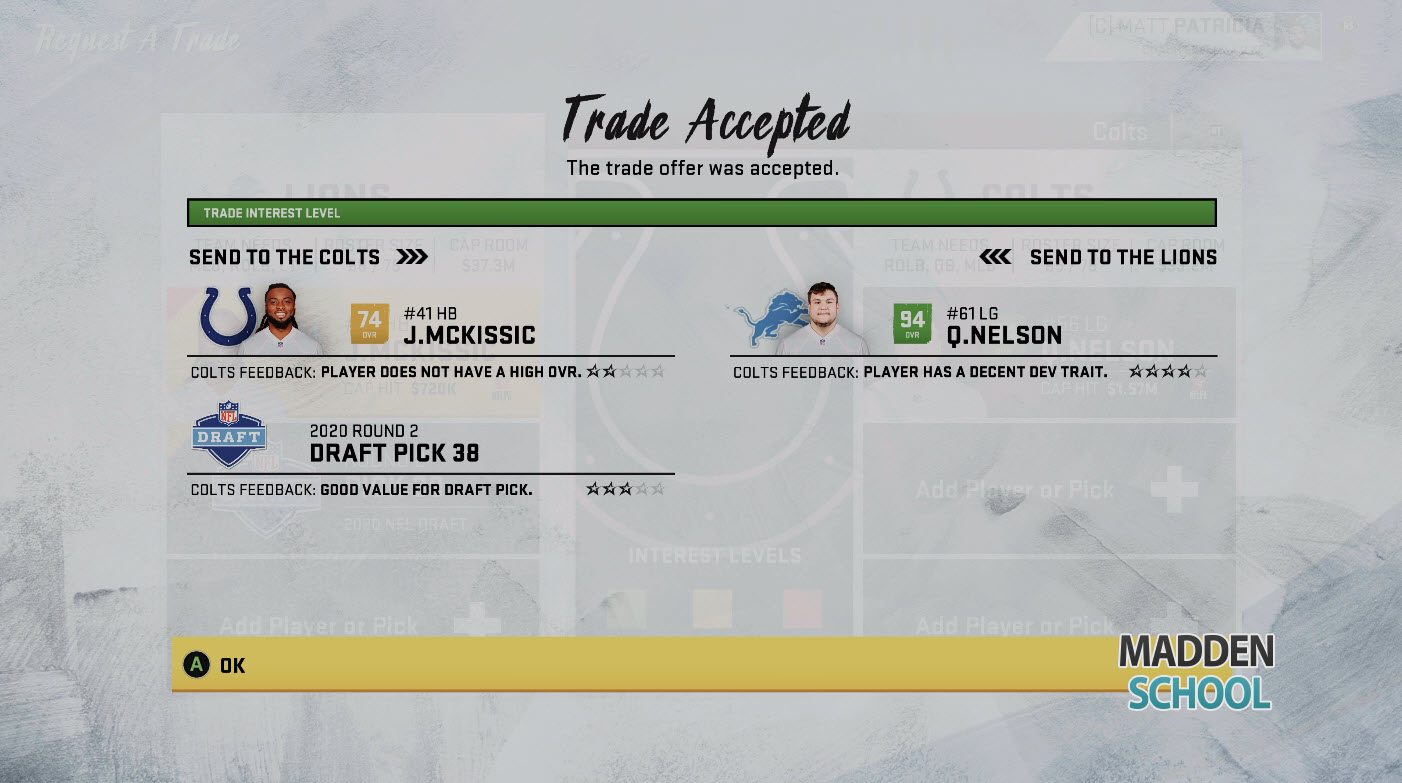 We send over a 2nd round pick and a journeyman running back, and we get the best young offensive lineman in the league.

The last trade we are going to look at is how to get a 91 speed young linebacker on our team. 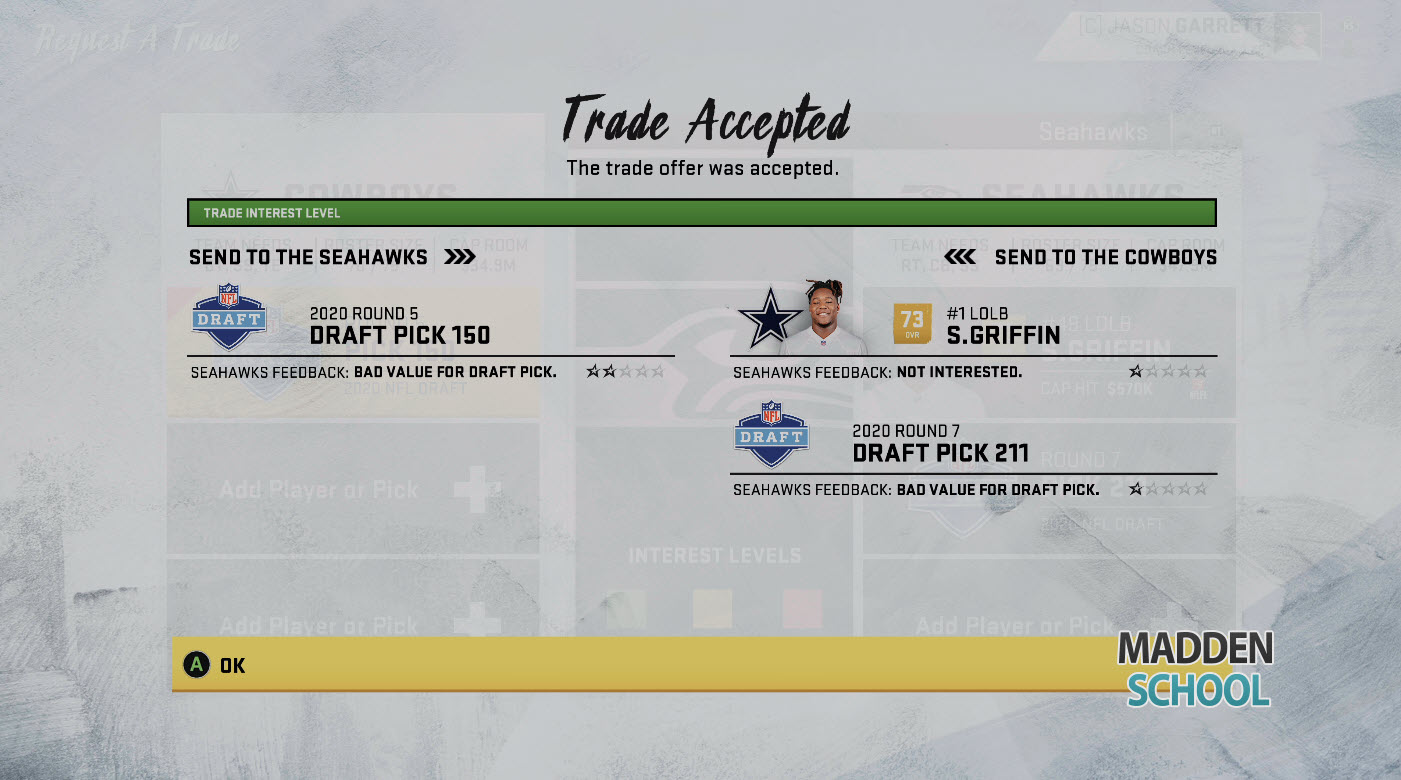 We are able to get one of the best user linebackers in the league and an extra 7th round pick by sending our 5th round pick.

To be sure, these trades aren’t as appallingly bad as some of the logic in previous Madden games.

That being said, many of these trades have absolutely 0 chance of ever being accepted in the actual NFL. The worst part is, that this was only with about 10 minutes of trying random trades.

Imagine the stacked team you could create if you instead spent an hour offering ridiculous trades. Before long, you would have a stacked team.

If you are looking for some ways to improve your online franchise team, check out some of our latest articles.

What are some of the most outrageous trades that you have made that the cpu has accepted in Madden 20? Let us know in the comments!