One of the most important parts of building a dominant franchise team in Madden 20 is finding ways to increase the overall rating of your key players.

You can do this the normal way by slowly training position groups and hoping for the best, or you can take it into your own hands and use some tricks to increase your player’s ratings fast.

Before we get into it, make sure that this changing positions is allowed in your online franchise. If you are playing offline, you have nothing to worry about.

The rate at which players get skill points in Madden 20 is based on 3 things.

There really isn’t much you can do when it comes to a player’s age. Young players require significantly less XP than older players to get a skill point.

For development traits, your goal should always be to get your players to superstar as fast as possible but there isn’t much you can do in the immediate term to increase that outside of getting lucky with an in-game development scenario or end of year development increase.

The overall rating, however, is something that we can control and that is what this article is going to focus on.

In order to increase our players’ overall ratings quickly, we are simply going to strategically change their positions (to lower their overall rating) and then move them back at a later date. This may not make sense intuitively but we will walk you through it.

We are going to take HB Josh Jacobs of the Oakland Raiders as an example. 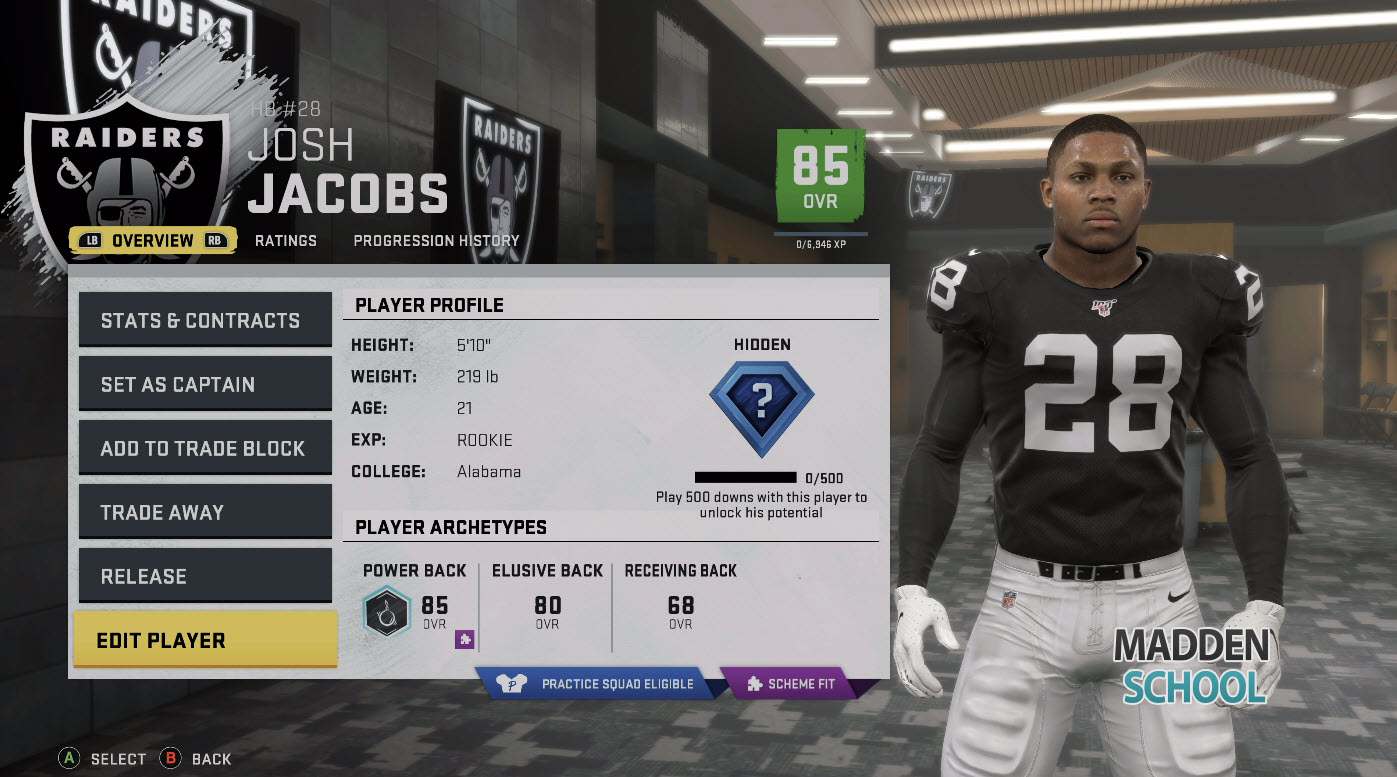 He is an 85 overall halfback in week 1 of a newly created franchise. Notice that right below his overall rating it says 0/6,946 XP which means he needs nearly 7,000 XP to get up to 86 overall.

What we are going to do is move him to wide receiver. 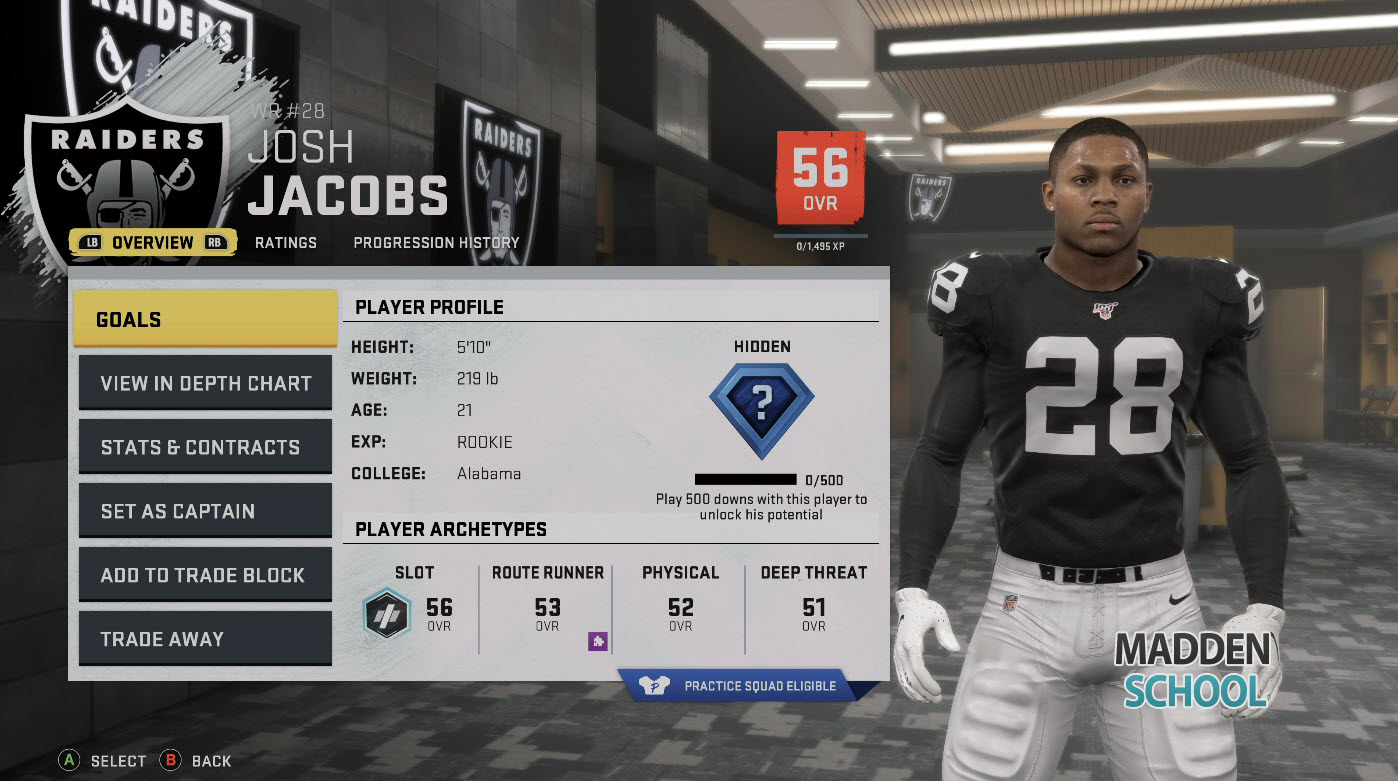 This lowers him down to a 56 overall. However, notice now that it says 0/1,496 XP. That is more than 4 times less than the nearly 7,000 XP it would take to get him a skill point at running back.

That being said, it is kind of useless to increase a power running back’s wide receiving attributes so we won’t immediately use his skill points when he gets them.

We will save them up while we train wide receivers and focus train Josh Jacobs. 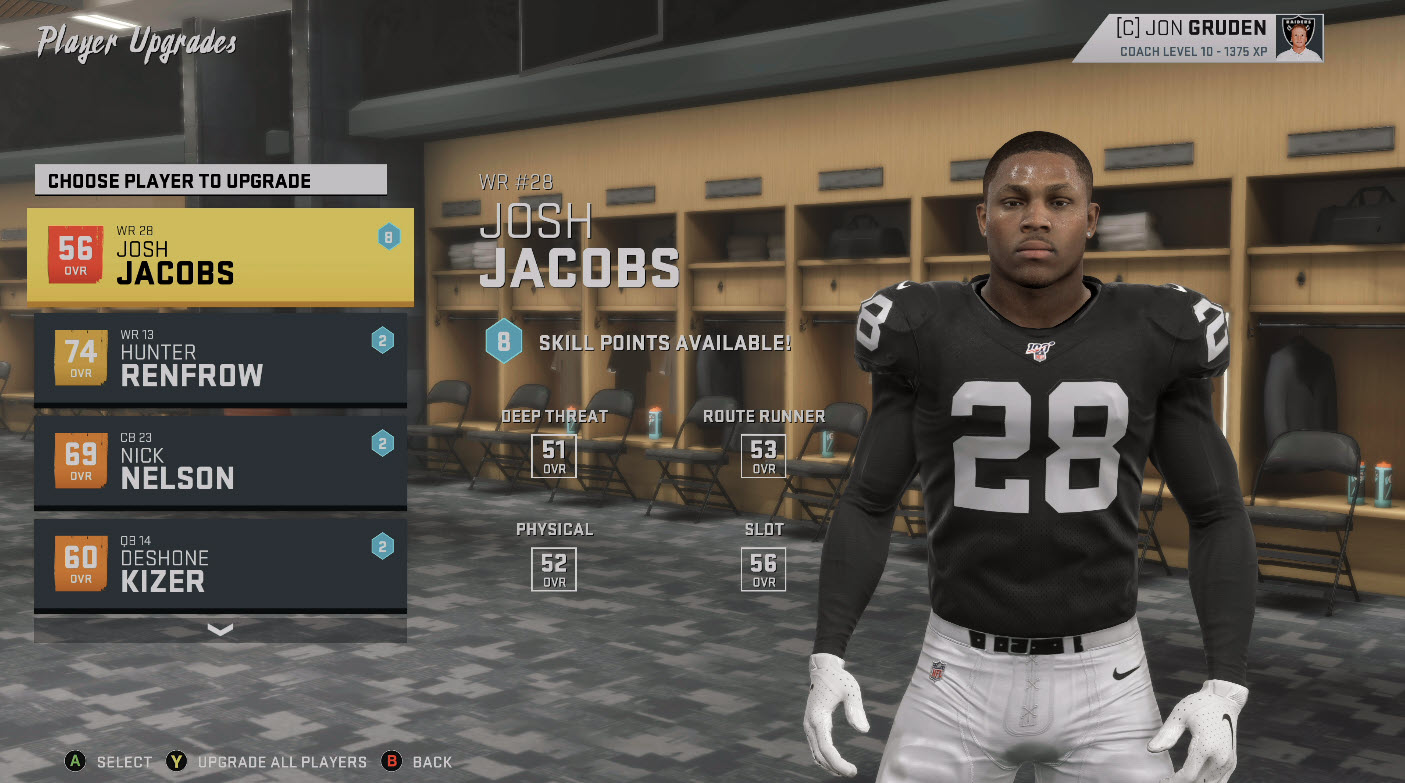 After simming to week 8 of the regulr season, you can see that Josh Jacobs has 8 skill points saved up!

We don’t want to use them just yet. First we will want to move him back to running back. 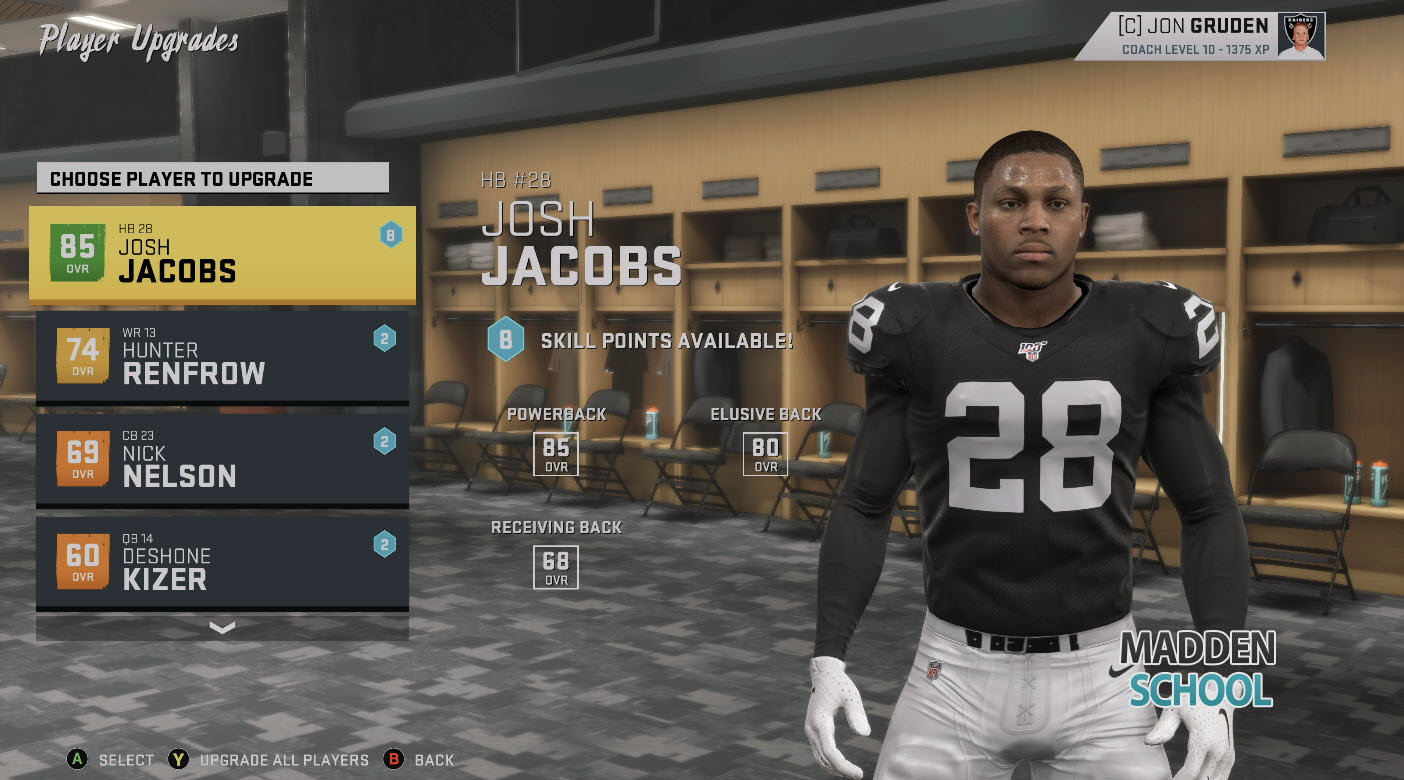 We can see that the overall rating goes back to 85 at halfback and we still have the 8 skill points we acquired from the artificially low overall while he was at wide receiver.

Now that he is moved back to running back, we use the skill points so that he can get attribute increases for things that are useful for him like stiff arm, trucking, etc. 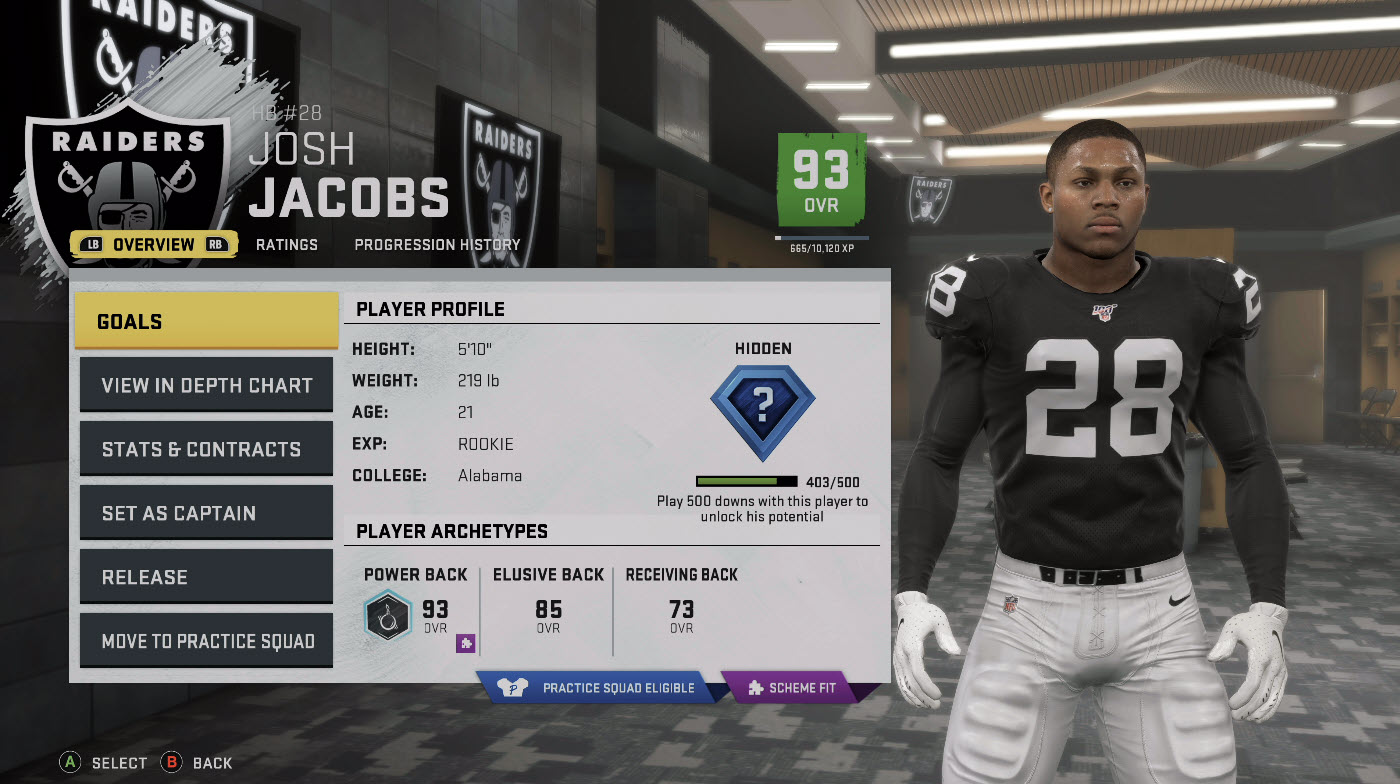 The end result is that 8 weeks into the season, we have received 8 skill points and we got out guy up from an 85 to a 93 in a very short period of time.

This technique can be done with plenty of others players and at any position. The key is just to make sure it lowers your player’s overall rating significantly.

This technique could definitely be considered pretty cheesy so make sure that it does not violate any of your league rules before you do it.