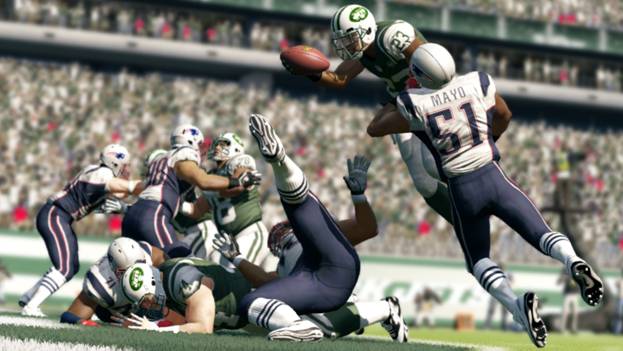 I know this isn’t going to be the most popular argument, but hear me out. The 46 defense is not 4 defensive linemen and 6 LBs as is commonly thought by the public but instead the 46 is called the 46 due to guy named Doug Plank. He was the Bears starting Strong Safety and just happen to wear the number 46. The 46 is just a play on the 4-3 with 8 men in the box and 6 men on the line. The 46 defense was and still is based on getting pressure on the QB, namely through sending as many Cover 0 blitzes as one can possibly send. When you don’t send 6 its typically because you are sending more than 6. In its heyday this was an extraordinary concept. Since the passing game was still vertically based it allowed the Bears of the mid 80’s to go on a defensive onslaught that has never been replicated. It caused teams to pull their QBs due to both injury and bad play, and at one point Buddy Ryan’s 46 defense knocked out 9 starting QBs over the course of a season when he was coaching the Houston Oiler’s defense.

So with all that praise why would I be arguing for it to be removed? To put it simply the defense is antiquated now, teams still want to get pressure but they do so in more conservative ways (Fire Zone Blitzes). Why is that, what changed from the mid 80’s to the late 80’s? The 46 met its end the moment the West Coast offense was born in Cincinnati. The offense that Bill Walsh developed to take advantage of his talent problem while coaching the Bengals spelled doom to the 46’s grip over the NFL for one reason. The offense revolved around a quick hitting, timing based passing game which simply negated the pressure that the 46 was trying to bring. Teams could send 6 all day, but it wouldn’t matter because the ball was out before anyone could get home. When you rely on defenders pressed so close to the line to defend timing routes and other man beating concepts (such as Walsh’s Flanker Drive) you have to be perfect and if you aren’t you are going to pay.

The West Coast offense may have killed the 46 defense as a base defense in the NFL, but for whatever reason Madden continues to offer it s an option to players. Thanks in part to the Speed Package it has remained a fan favorite, but I am here to argue that we should let it go. Instead of praising EA for including a defense that has become regulated as a change of pace formation, we ask for it to be removed from the game in place of some more modern defenses. The 46’s situation only gets worse as more spread offensive concepts creep into the NFL and that doesn’t look like it is going to change any time soon.

In this age of spread offenses where teams scatter up to 5 receiving threats all over the field, and take advantage of every mismatch and structural weaknesses that a defense has, Nickel defense is quickly becoming the base defense of the NFL. Yet when you look at the playbooks that teams have in the game it is largely ignored as no team has a true set of nickel defensive fronts, and are usually are stuck with 2-4 nickel formations that don’t always mesh with one another. So why not add a 3-3-5 playbook or perhaps a 4-2-5 book in order to better represent how teams are using their personnel in today’s NFL. Instead of clinging to an antiquated defense that will more than likely never rise from the its grave, EA should build on the nickel sub packages they have in place and make them more complete aspects of a team’s defense. With some teams sitting in their nickel personnel over 70% of their defensive snaps it is almost unthinkable that EA would continue to ignore the importance of Nickel defense. However, year in and year out we get an antiquated 46 book while they ignore the growing trends of the NFL. Now it’s true that nobody in the NFL runs a 3-3-5 as a base but on the other side of that nobody in the NFL still runs a full on 46 so if you are going to force an unused base defense on us it may as well be the one that is more applicable in today’s NFL game.