Properly setting up your audibles can give you a huge advantage in Madden NFL 17 and any other Madden game for that matter.  Instead of having 4 random audibles that EA Sports picks out for you, you can choose the best plays in each formation.  Doing this will make your offense harder to stop and your defense much more versatile.

Here’s how to set up your audibles.

At the main menu screen, scroll all the way over to customize. 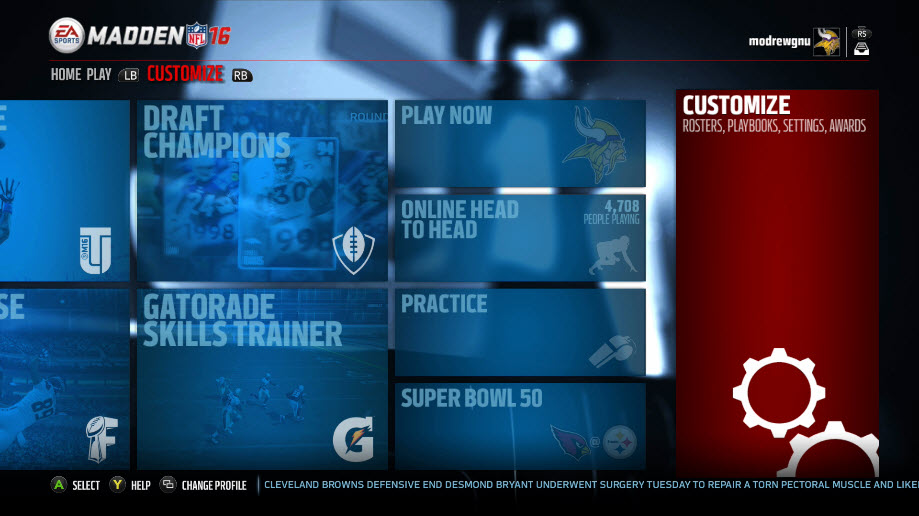 Once you click on customize, scroll down to “Customize Playbooks.” 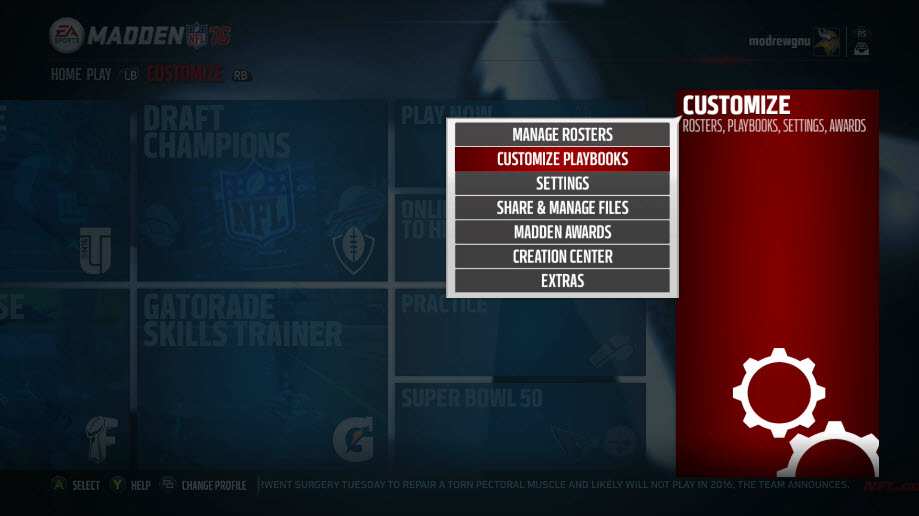 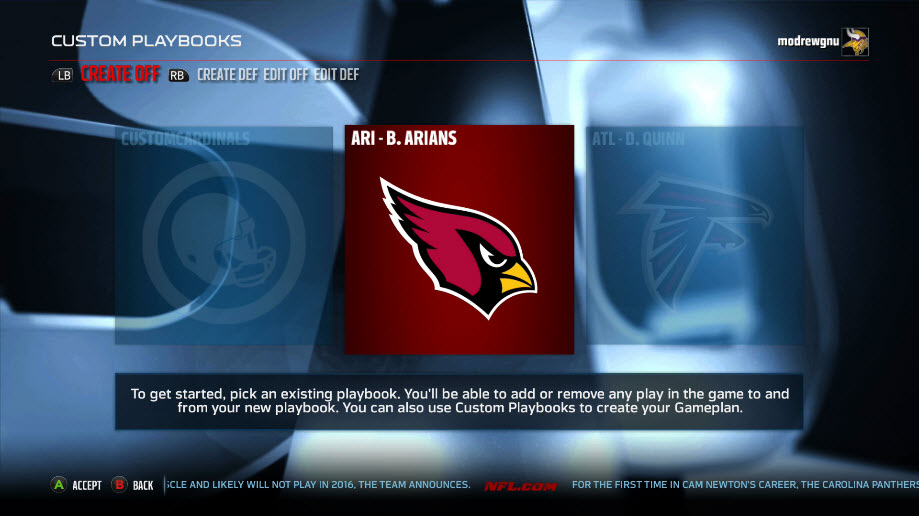 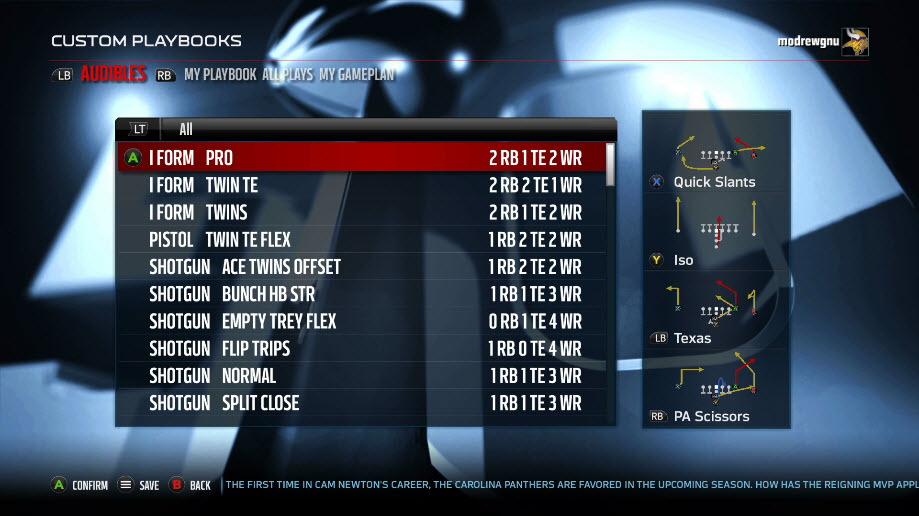 Choose the play within that formation that you’d like to replace. 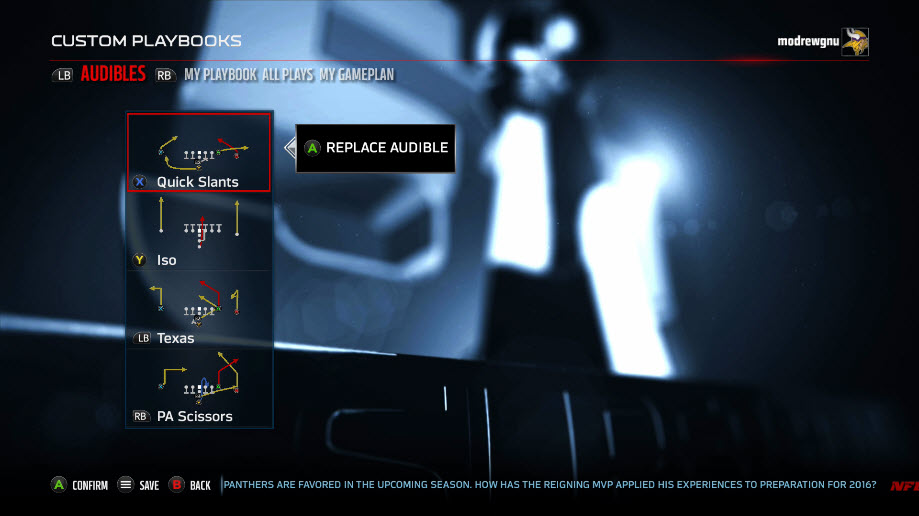 Select the new play you want to use in it’s place. 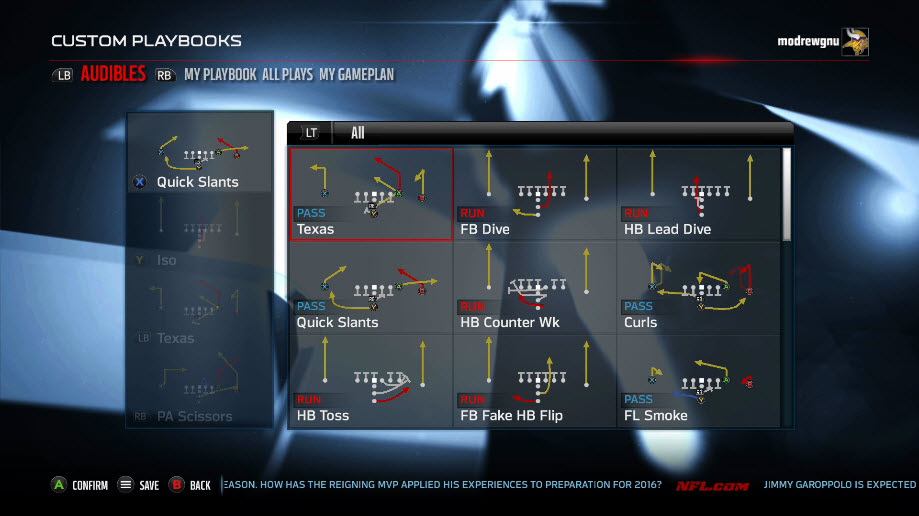 Save the playbook and you are all done.

Questions?  Let us know in the comments.