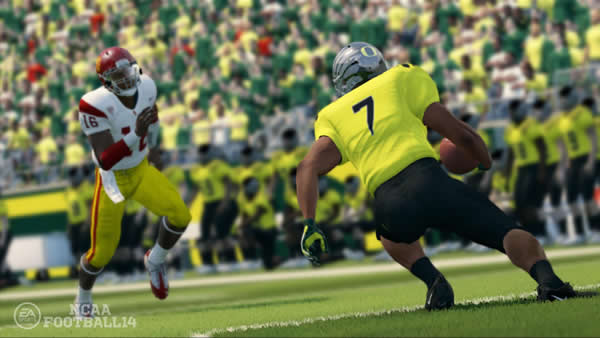 We have received word today from a few EA Sports GameChangers that Madden 25 will indeed have the ability to import draft classes from NCAA Football 14 to Madden 25.

When it was announced last year that the ability to import draft classes into Madden 13 wouldn’t be available, the sports gaming community went crazy.  Some of the outrage was due to the fact that this was kept a secret until well after NCAA Football 13 was released leaving many fans who bought NCAA 13 for the ability to import their favorite players in Madden 13 feeling ripped off.

EA Sports will not make the same mistake again this year.  In fact they have gone a step further.  You will now be able to use imported draft classes in your online connected franchises that you play with your buddies.  Be on the lookout for one of the guys in your league throwing his first year in an attempt to get Jadaveon Clowney or Teddy Bridgewater.

Has this news persuaded you to go out and buy NCAA Football 14?  Will you use imported draft classes in Madden 25?

Both Madden 25 and NCAA Football 14 are currently available for pre order.