Zone Drops Is The Best New Feature In Madden 21 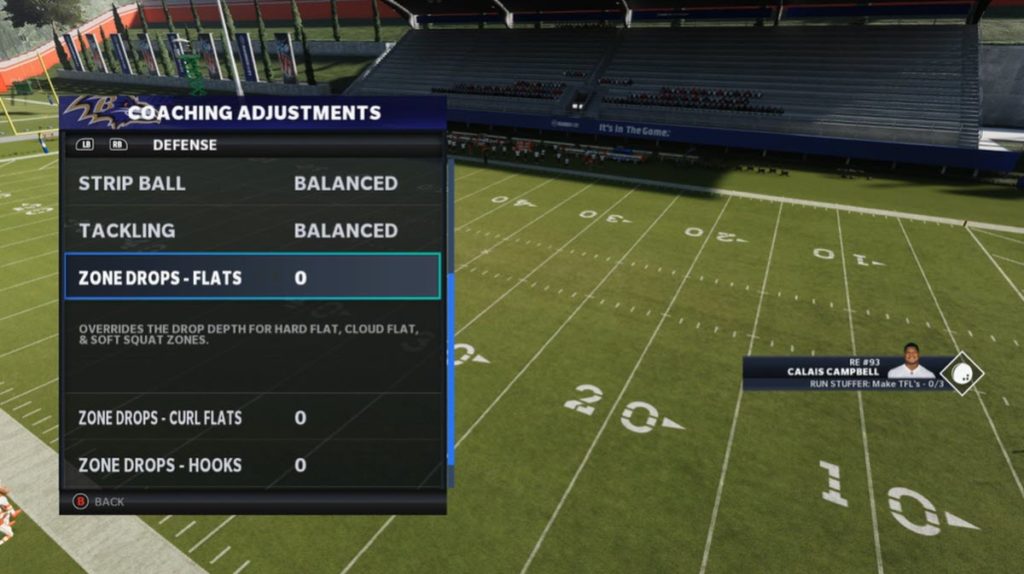 The biggest and best new feature in Madden 21 for anyone that plays the game seriously is the new zone drops feature.

You can now set the depth that your underneath zone defenders will drop to in your pre-play adjustments menu.

For example, if you want your cloud flat defenders to drop back 20 yards to defend deep corner routes, you can do that.

If you want your hook zone defenders to defend shallow drag routes, you can do that too by setting their depth a little shorter.

You can set these depths in 5 yard increments. Here is an example:

This is a huge improvement for defense in Madden 21! If you know an exact route combination is coming, you now have the tools to stop it.

It is worth noting that the zone drops only apply to the underneath shallow zones and not deep blue zones.

Also keep in mind that if you use zone drops, it will turn off any zone matching.

Another change in Madden 21 on defense is that you will not want to QB contain on defense every play. In Madden 20, every good defensive setup ended in using QB Contain.

EA Sports has made some adjustments to the pass rush to bring better balance to the game. If you use the QB contain feature, your players will rush slower and wider than they would if you did a regular pass rush.

You will now have to decide whether to contain a mobile QB or bring a faster blitz.

There will also be better defensive pursuit angles to stop the running game in Madden 21 so hopefully the dive/stretch offense that was so prevelant in Madden 20 won’t be nearly as effective.

Now learn about personnel based audibles in Madden 21!

What are your thoughts on these improvements to Madden 21 gameplay? Let us know in the comments. 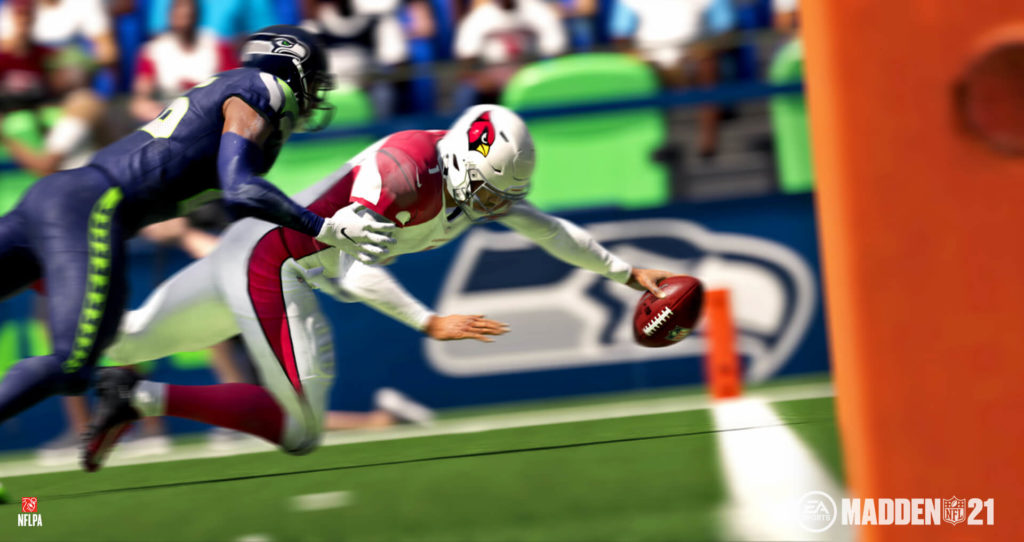