Madden 21 Introduces Personnel Based Audibles – Everything You Need To Know

EA Sports has made a big change to the way audibles work in Madden 21. Audibles now take into account the personnel packages you have on the field as well as the formation you are in.

Previously, if you came out in a 4 WR 1 HB formation like Gun Spread, you could only audible to other 4 WR 1 HB sets in your playbook. It didn’t matter if you used any sort of special package (Like TE Slot) to get different player personnel on the field. You’d still be restricted to audibling only to 4 WR, 1 HB formations.

In Madden 21, player personnel packages will be taken into account. So if you call a player out of the Gun Spread formation and use the TE Slot package, you will be able to audible into any 3 WR, 1 TE, 1 RB formation.

This may seem like a minor change, but it opens up what you can do on offense significantly and allows for an enormous amount of creativity.

Pictures do a better job than words so here is an example from Madden 21: 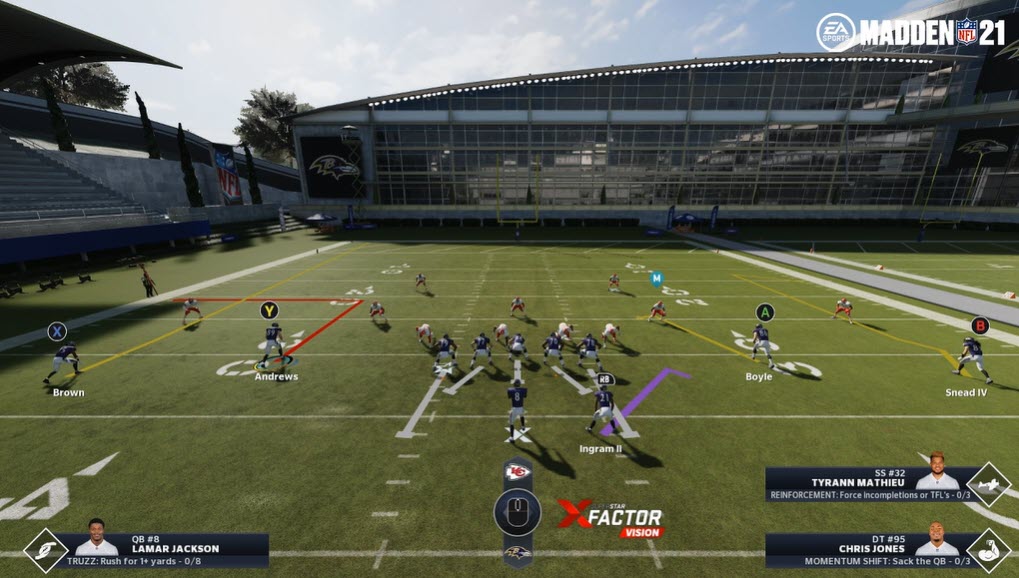 We call a play from that formation and notice the 2 tight ends in the slot. When we decide to audible, we will have the option now to audible into a much heavier formation. 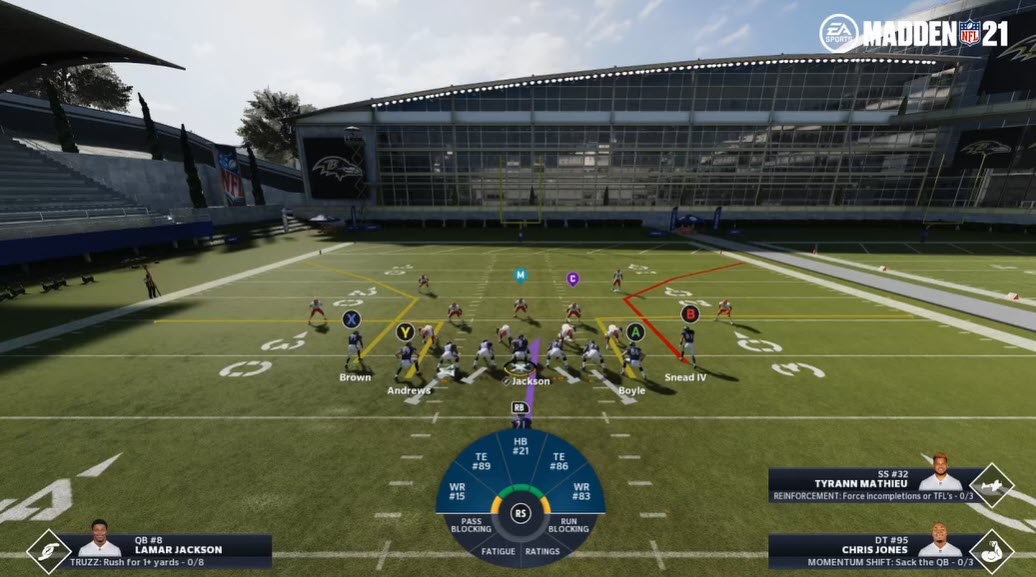 We now are able to audible into Singleback Deuce Close.

Here is an example from Madden 20 so you can get a better idea of how powerful this new audibling system can make you offense.

Keep in mind this is just 1 of the many things you will be able to do.

Madden School Unlimited members know we loved the New Orleans Saints offensive playbook in Madden 20. So we will come out in one of our favorite formations: Gun Empty Y-Saint. 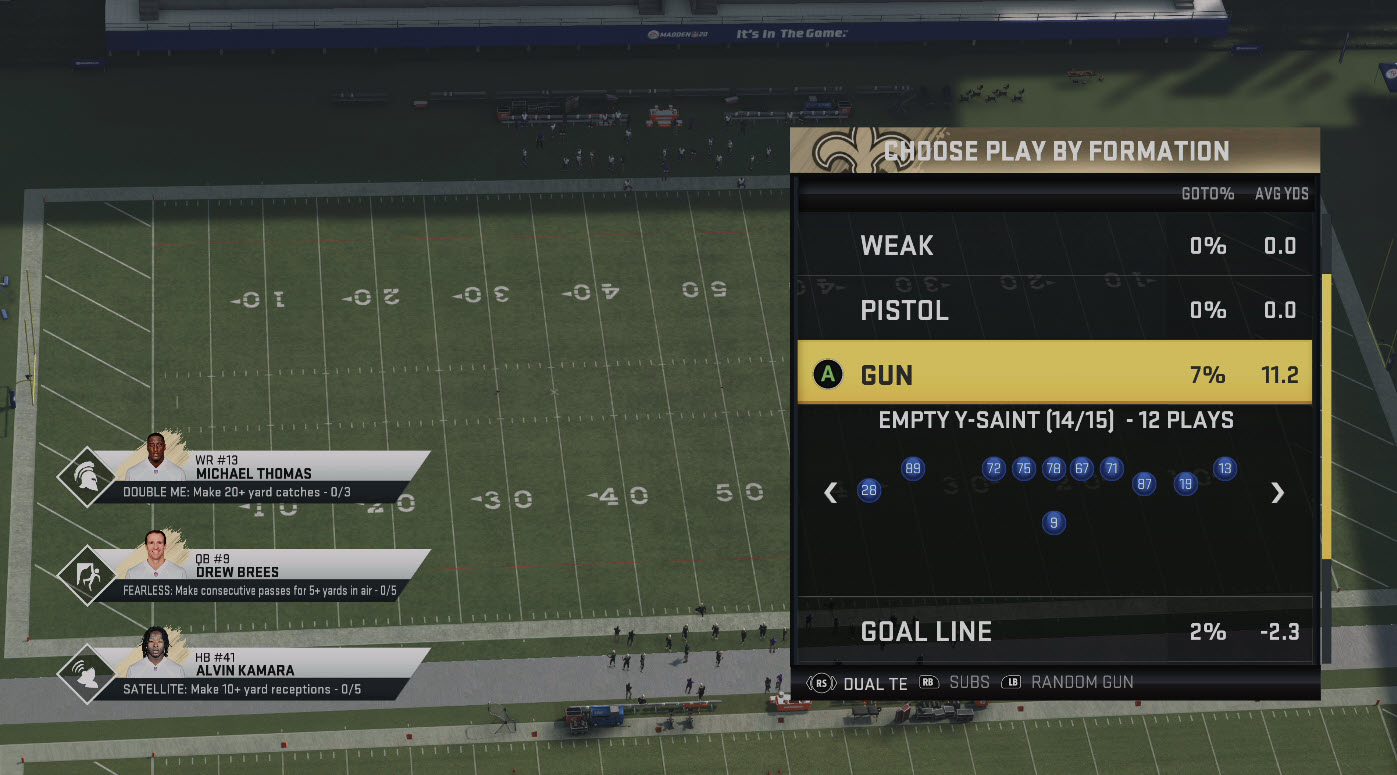 This is traditionally a 3 WR, 1 RB, 1 TE formation but you can see we are using the Dual TE personnel package which turns it into a 2 WR, 1 RB, 2 TE formation. 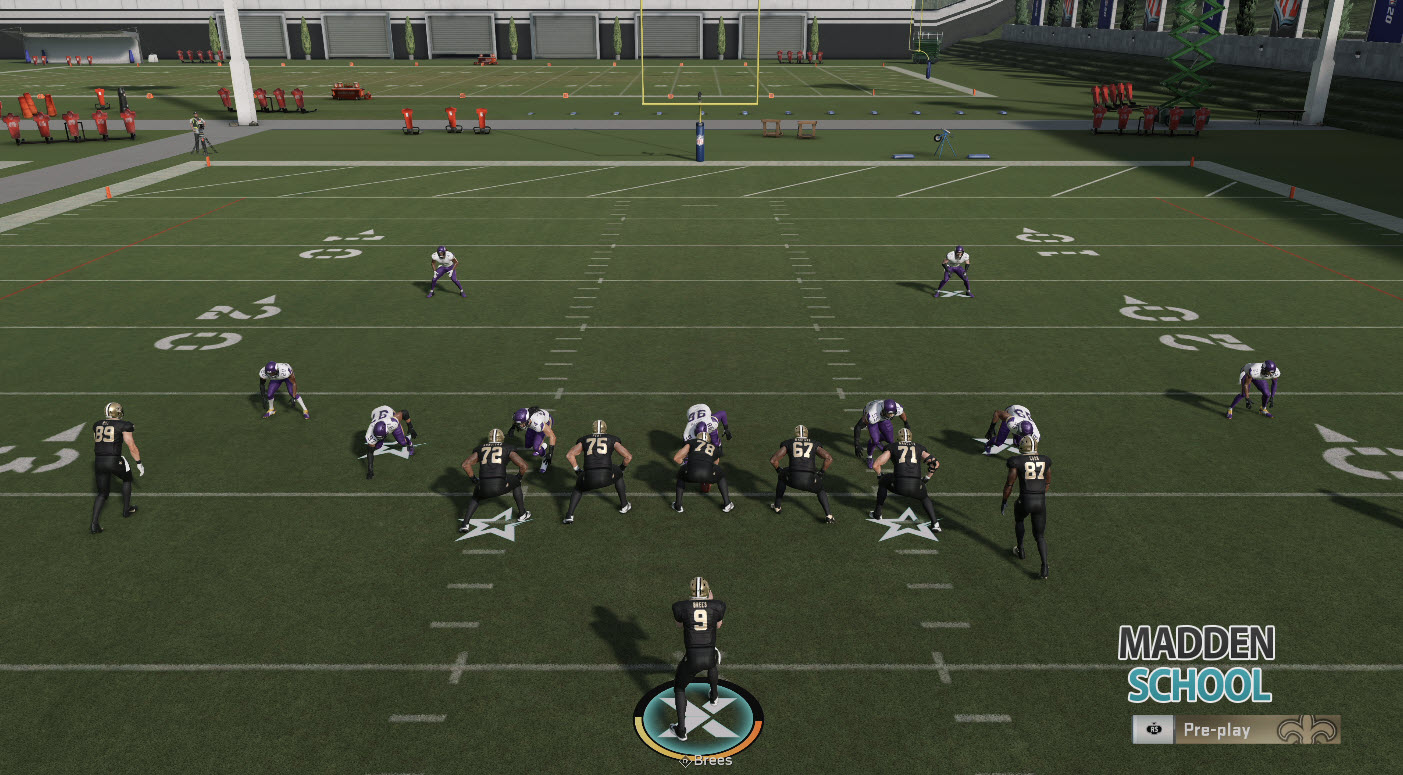 We come out in what appears to be an empty formation so our opponent might choose a pass heavy defense like Dollar 3-2-6.

In Madden 21, we will have the ability to audible into a heavier run formation if we see a favorable look from the defense.

We decide to audible in this case. 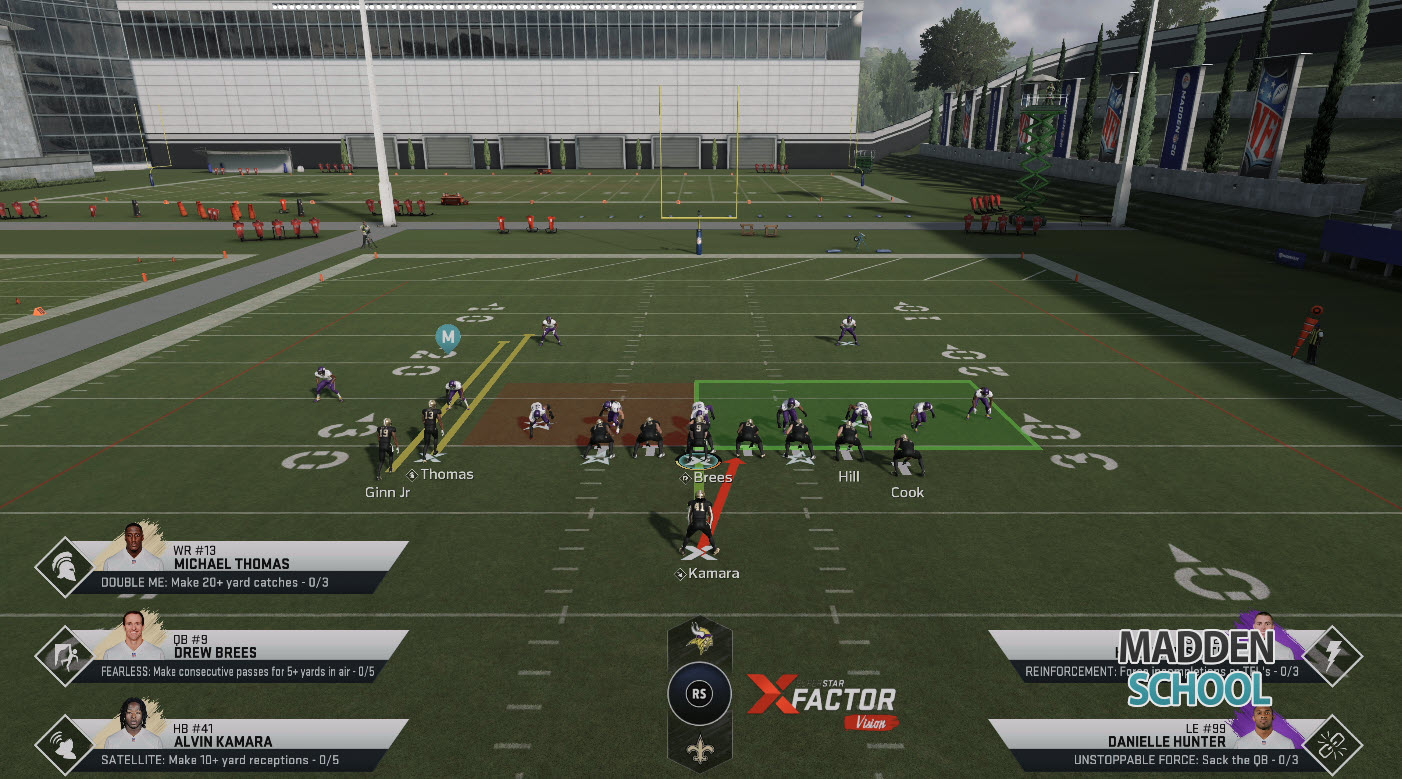 And now we are in one of the best running formations/plays in the game while the defense is caught completely off-guard.

Obviously Madden 21 will have a different meta and the dominant plays from Madden 20 won’t be nearly as effective, but the above example was meant to serve as an illustration of the type of thing that will be possible in Madden 21.

It is worth mentioning that another change that will be implemented in Madden 21 that will impact the in-game strategy is you are only allowed 2 audibles before your offensive line may commit a false start penalty.

On the 3rd audible (whether it is just a normal audible or flipping your play), the OL will start having a chance to false start. The more audibles you do, the higher chance you will get a false start penalty. This will take into account your offensive lineman’s awareness rating.

After each snap, this resets so you are free to do at least 2 audibles on the play as well. You are allowed to hot route players and motion players as much as you want still. This only applies to audibles.

These changes are limited right now to only the offensive side of the ball. Audibling on defense will work exactly the same as it has worked in previous Maddens. There is no change there.

This isn’t to say that defense was overlooked in Madden 21 development. The coolest new feature in Madden 21 was added on the defensive side of the ball.

Zone Drops Is The Best New Feature In Madden 21