Madden 18’s creative director, Rex Dickson posted 2 screenshots of the end of the game screen on his Twitter account.

It definitely looks updated and cleaner than in previous Madden games.  The first one you can view above which shows the ending of a game between the Dallas Cowboys and the New York Giants.

The second screenshot shows the same thing but in a game between the Kansas City Chiefs and the Oakland Raiders. 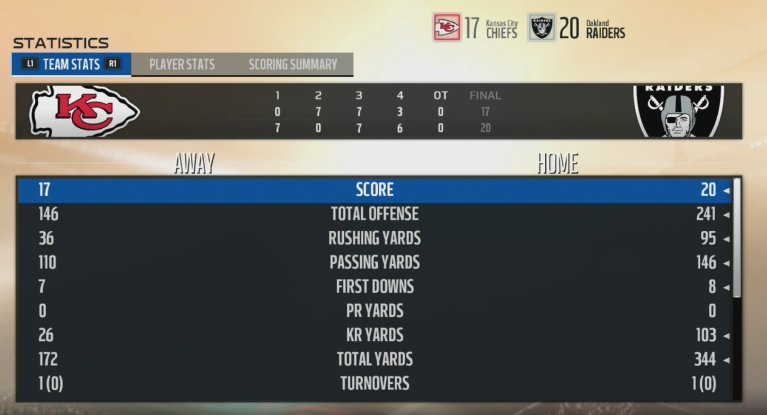 Look for the first Madden 18 gameplay to be released in the next few days.

What do you think of the latest screenshots from Madden 18?  Let us know in the comments.