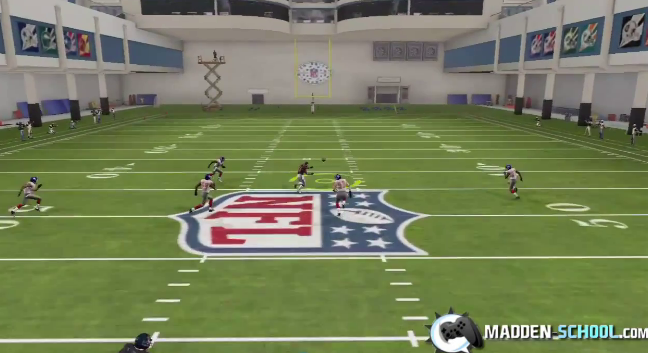 The turbozoom concept, which can be ran out of the Houston Texans’ offensive playbook, is dangerously effective in Madden 13.  You will notice our running back getting a huge burst of speed when the ball is snapped and gets a great jump on the defense.  It absolutely destroys cover 3 defense while still very productive against cover 2 zone defense and man to man defense.  We have the full breakdown below.

In the video above, we run it with just the running back going out on a route against a standard cover 3 defense.  Obviously we don’t recommend doing this.  We did it this way just to prove a point.

The turbozoom concept can be found in the Houston Texans offensive playbook.  We have 42 other plays with full hd videos that you can mix this play in with.  Check out our Houston Offensive eBook today!