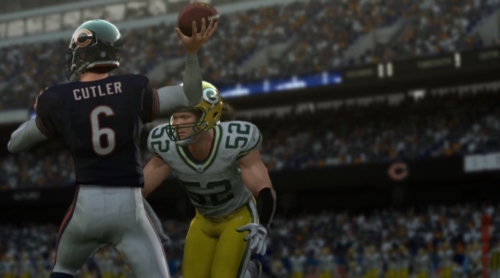 NFL Players in Madden 12 will no longer sustain a concussion and be available to play after sitting out 1 quarter.  John Madden told the New York Times that virtual players who receive a concussions in madden 12 will have to sit out a full game the same way that NFL players have to.  EA Sports is onboard with the changes.  Their president, Peter Moore, as well as the game’s executive producer, Phil Frazier, have raised concerns about the way concussions were handled in previous madden installments.  The in-game announcers for madden 12, Chris Collinsworth and Gus Johnson, will explain the dangers of concussions when they go over the injury reports of players who are sidelined due to the injury.

Madden 12 doesn’t have a firm release date yet, but it is scheduled to be released in August as it usually is.  Their are no expected delays because of the NFL lockout.