One of the hardest parts of franchise mode in Madden 20 is managing the salaries of all of your key players so you don’t go over the salary cap.

While it is all pretty straight forward for the most part, there are some things you need to be aware of.

The salary cap is generally raised with every passing year. In the first year of a franchise, you will have a salary cap of $200 million dollars. That means that the total you pay your players for that season cannot exceed $200 million.

The way the salary cap increases in Madden 20, doesn’t make a lot of sense. We have simulated through 10 seasons of franchise mode and recorded the results so that you can better plan out your cap space in future seasons.

Note: The results don’t change much past 10 seasons of simulating.

Here are the raw numbers:

For all years after 2027, the salary cap stays fixed at $231 million dollars.

We also graphed it out so you can better visualize what that looks like. 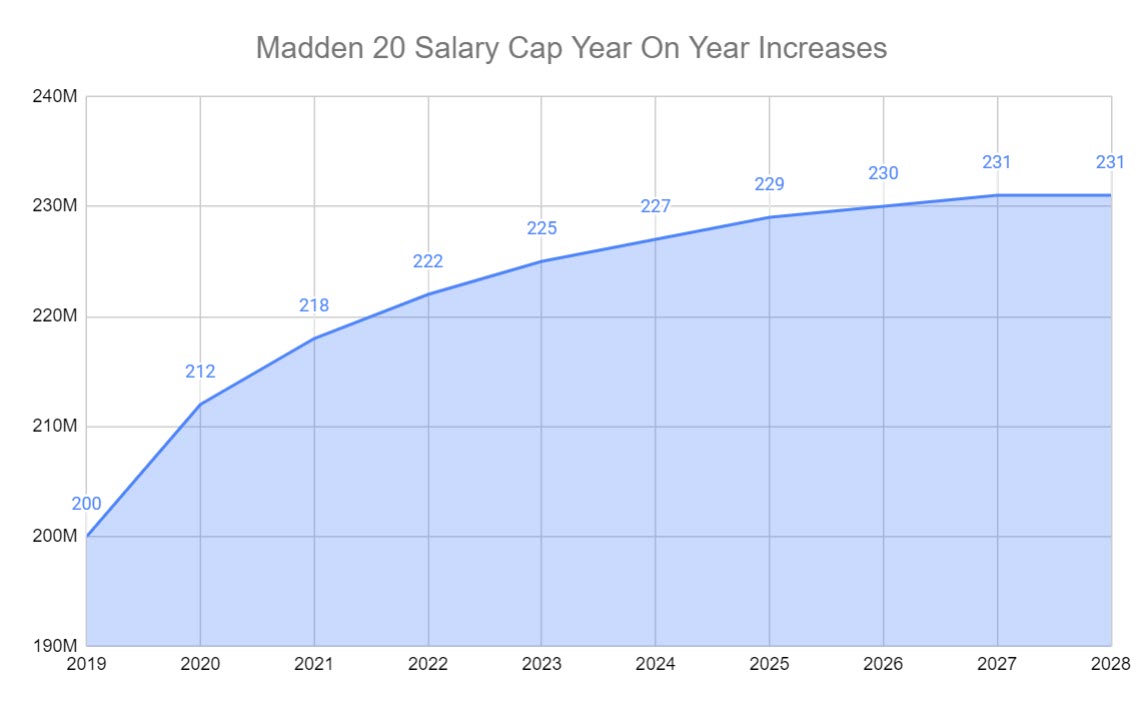 As you probably noticed, after the first season, there is a significant bump from $200 million to $212 million which is an increase of 6%.

By the time you get into your 5th season, your salary cap is increasing by less than 1% each season.

If you make it beyond season 8, you should realize that your salary cap will stay the same and you should plan out your contracts accordingly.

The last thing you want to do is plan for steady increases to the cap every season and then realize that you have to cut an important player because the salary cap is much lower than you expected it to be.