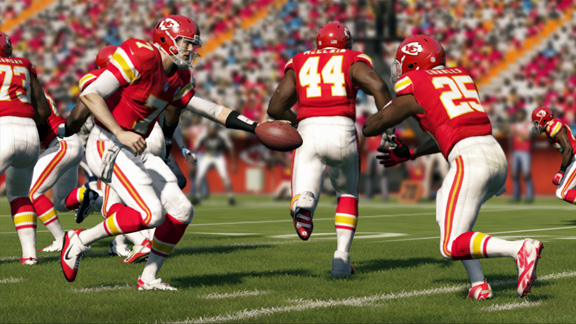 I’ve had several requests to post my 3 sets of scripted plays (balanced, pass heavy, and run heavy) from Green Bay’s playbook but unless I ever got around to posting my full scheme, I probably would never get around to posting the list so I thought I’d give scripting your opening drive or your first 15 plays a post that explains how utilizing a script during the early game can pay dividends later in the game.

There have been several different methods for scripting plays in the NFL over the years, some teams script their opening drives of each half, some script a set number of plays (most common is 15 [Bill Walsh was known to up it to 25 on occasion]), and some teams may script the entire first quarter (this is mostly during the preseason). However one must ask why they are doing this?

The answer is quite simple if you think about it, if you go into a game knowing exactly what you are going to do before hand it allows offensive players and coordinators to focus on what the defense is doing in response to your personnel groupings, formations, and concepts. This allows offenses to key in on the defenses tendencies to how they defend in various situations which leads to game breaking adjustments.

In Madden, especially in the shorter quarters that affect most online games, this is a rare practice. Personally I’ve been scripting my opening drive and sometimes two of my drives for well over 3 years now and I feel it lets me really get a feel for the other player which leads to getting into the right play call in important situations. Many Madden players use different methods for doing this but when you are running a scheme as multiple as mine I feel its best to at least script your first possession of the game. Lately I’ve been playing full 60 minute games against the cpu and because of that my scripts have been fleshed out to a full 15 so I thought I’d share them.

These aren’t concrete by any means and they don’t take into account any checks I may do at the line but I go into each and every game planning on running one of these scripts.

Where this type of planning can be especially useful is in online leagues where you are going to be playing certain opponents multiple times in a single season and hopefully over many years. In these situations its expected to adjust the script to fit your opponent based on what you have had success in the past with as well as what you think will make him show his hand early to allow you to win in this violent game of chess.

This article was researched and written by Madden-School.com forum member Baller7435 and can be discussed in our Madden Offensive Strategy Section.