It is always a good idea to have a go-to play in any new Madden game so today we are bringing you one of the easiest money plays in Madden 17.  It is incredibly effective and works well with any team.

If you are enjoying our free Madden 17 tips and strategies, join our community by becoming a Madden School Unlimited member.  We already have our first 2 ebooks out and we are hard at work on even more.

The Easiest Money Play In Madden 17

Overview: This is one of the easiest reads you will ever make in Madden 17.  Be aware that you can’t run this play all game because a user can take this away if they know it is coming.

We break down the reads and what to look for in more detail below. 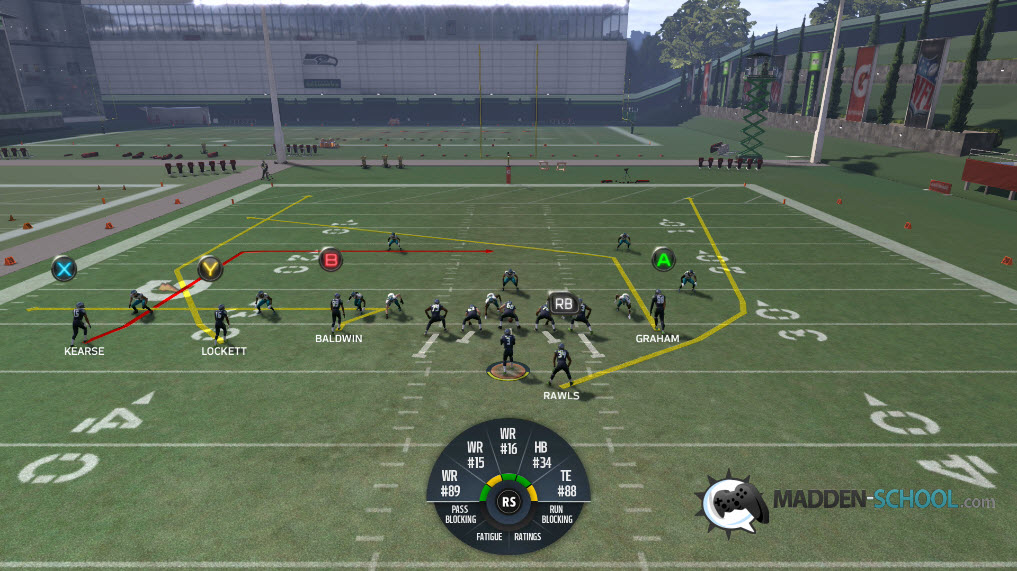 This is what the play art looks like for this money play.  Remember, you can do whatever you’d like with all 3 receivers on the left. 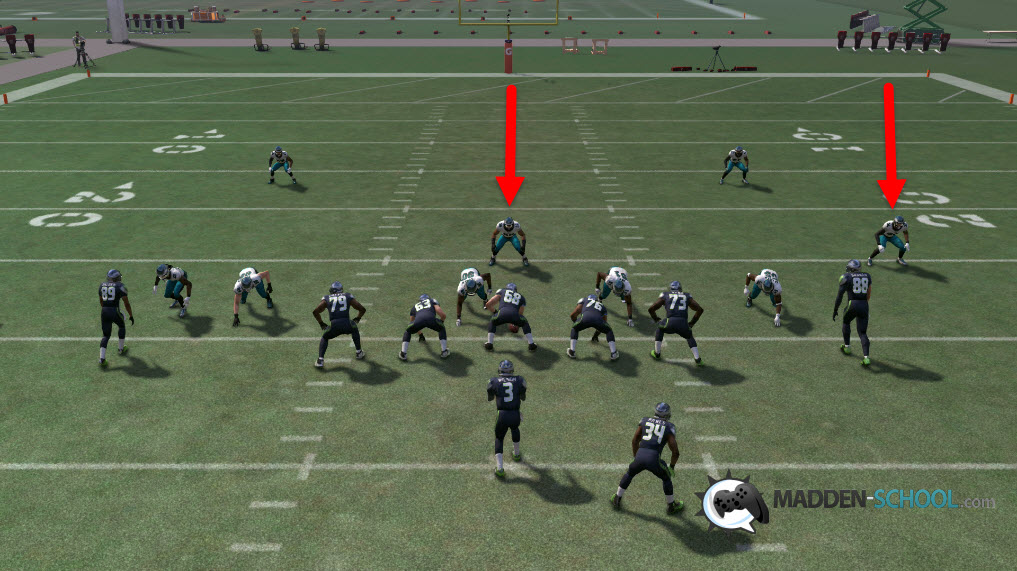 The focus on each play is the middle linebacker.  Also notice how far out that cornerback is who is supposed to be covering our tight end. 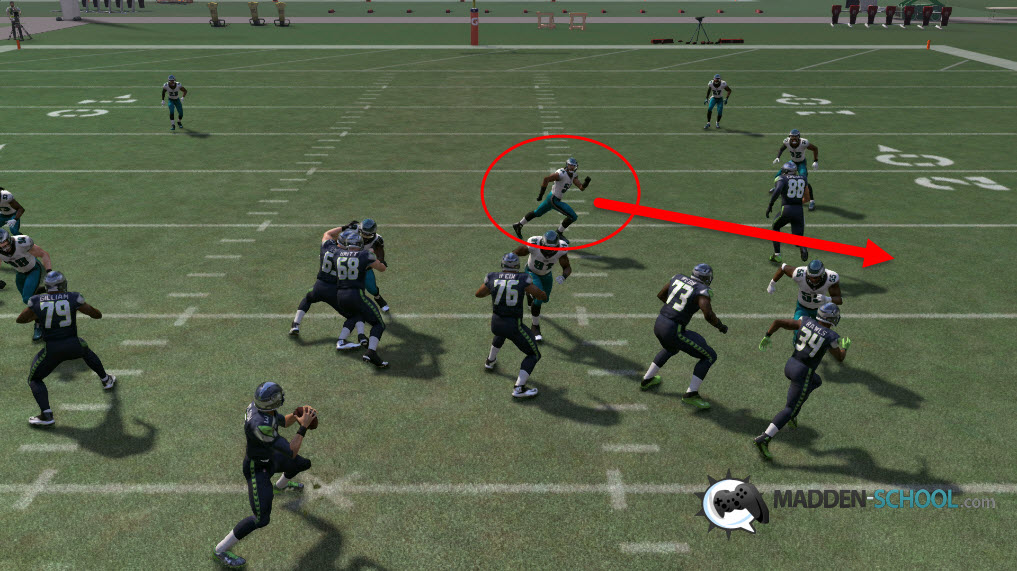 Focus in here on the middle linebacker.  When he takes that hard of an angle towards the sideline, we know the defense is in man to man coverage.  That means we should look to our tight end. 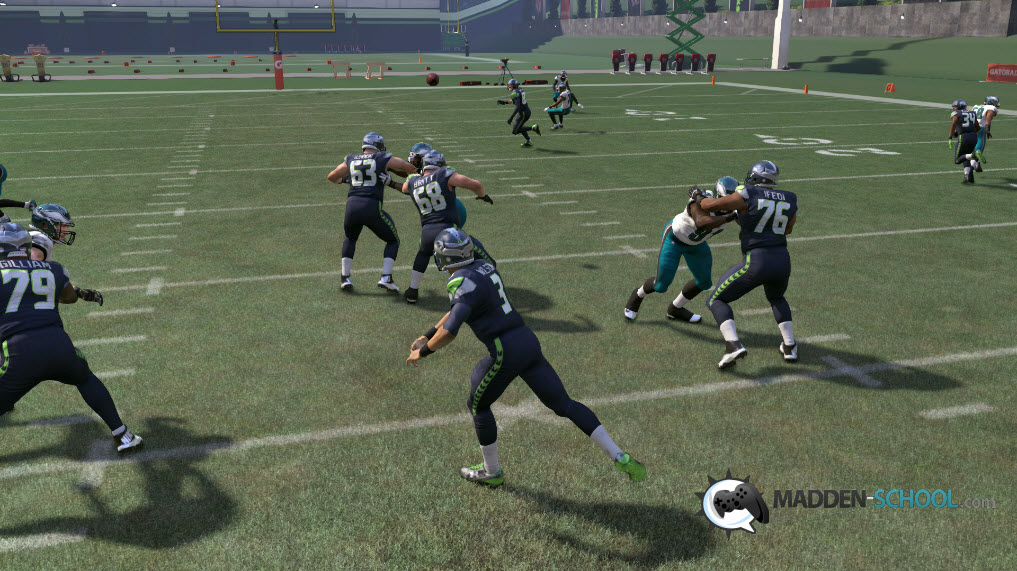 We want to throw the pass right before he makes his cut into the middle of the field. 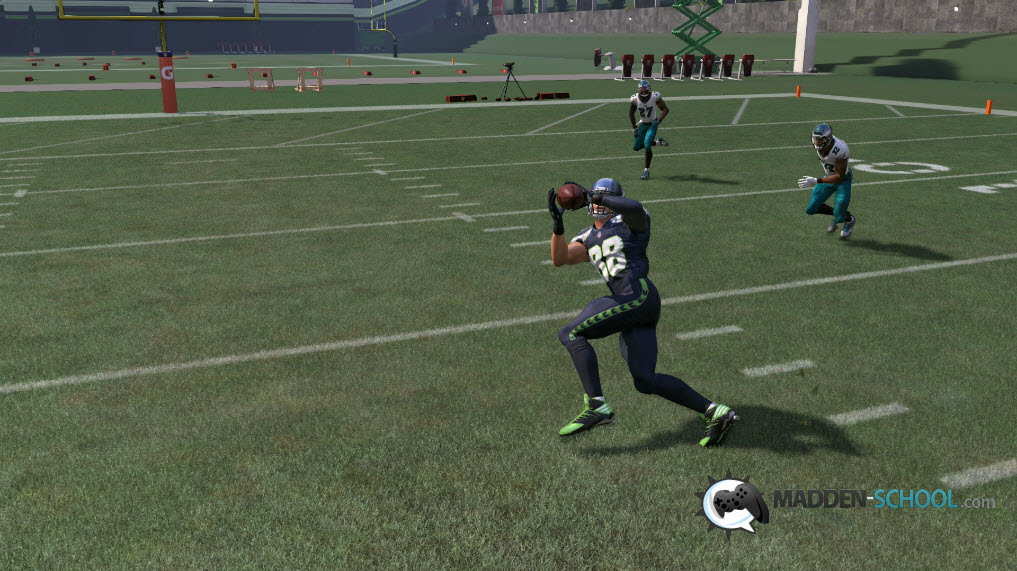 Look at how much room we have to work with.  The cornerback who is supposed to be covering our tight end is nowhere near him.

Now let’s take a look at how this will all work against zone coverage. 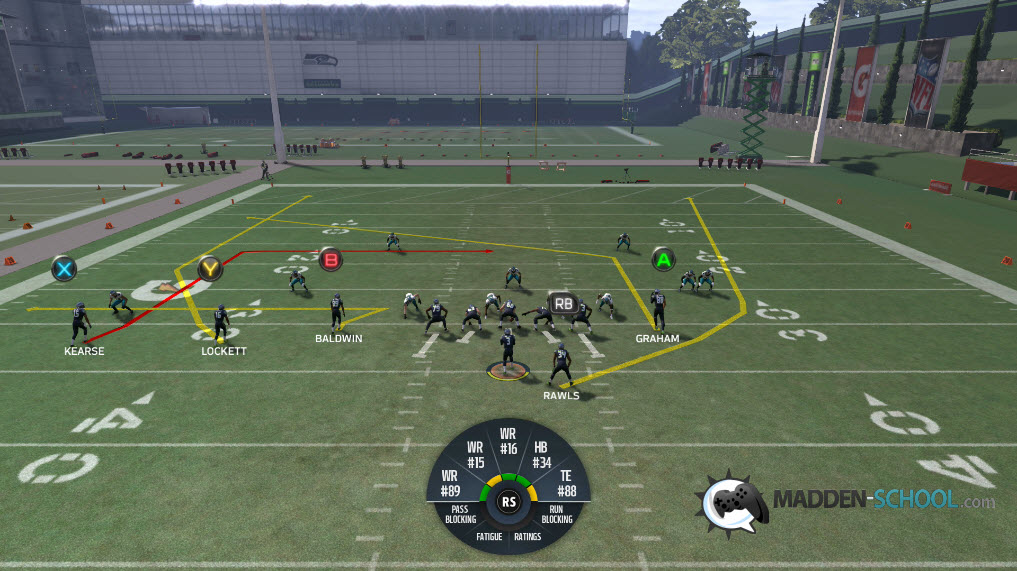 The play art is the exact same as before.  Remember you can adjust the wide receivers on the left side of the screen however you’d like. 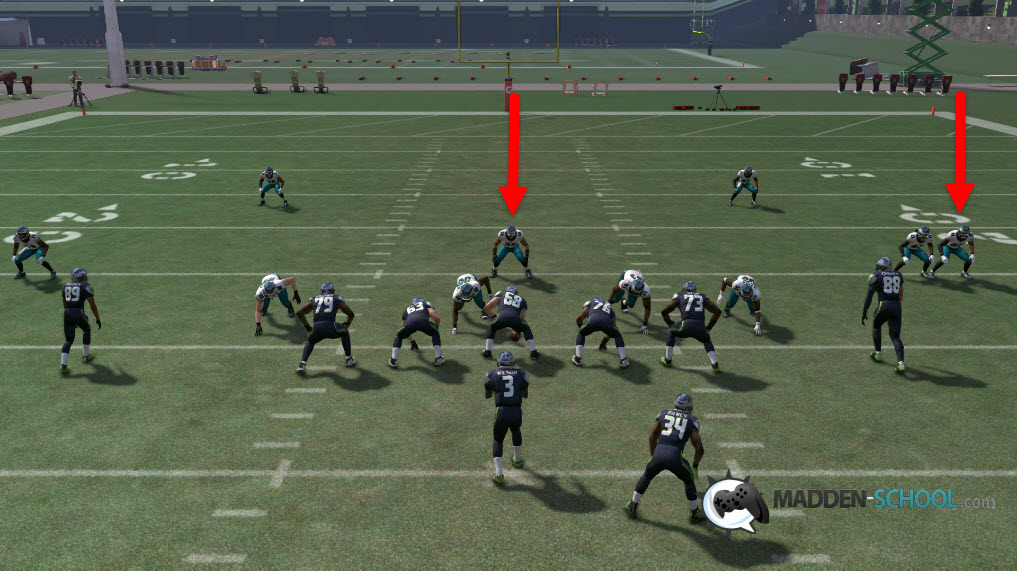 Again we want to focus on the middle linebacker and the cornerback on the right side of the screen. 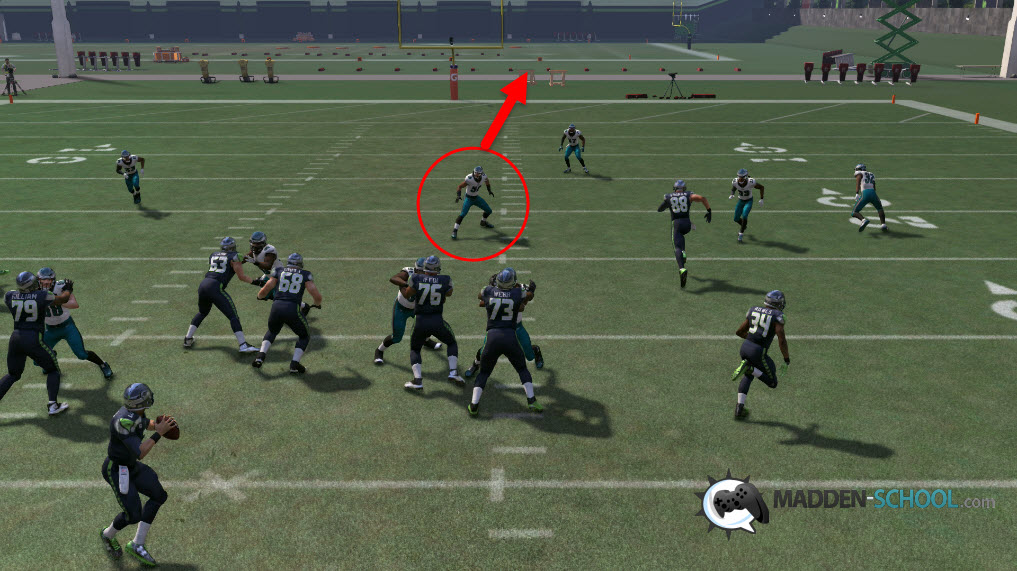 Notice that this time the middle linebacker is dropping back into coverage instead of sprinting towards the sideline.  90% of the time that means that they are in a zone defense. 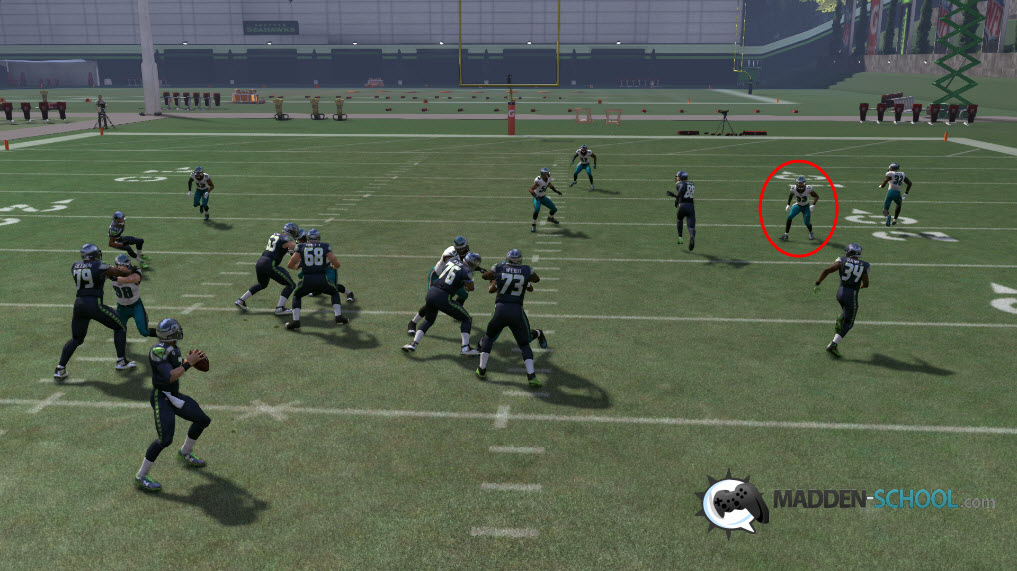 Another thing to point out with this play is that the cornerback in a zone on the right will start dropping back.  He looks to be in decent position at this point but that will change. 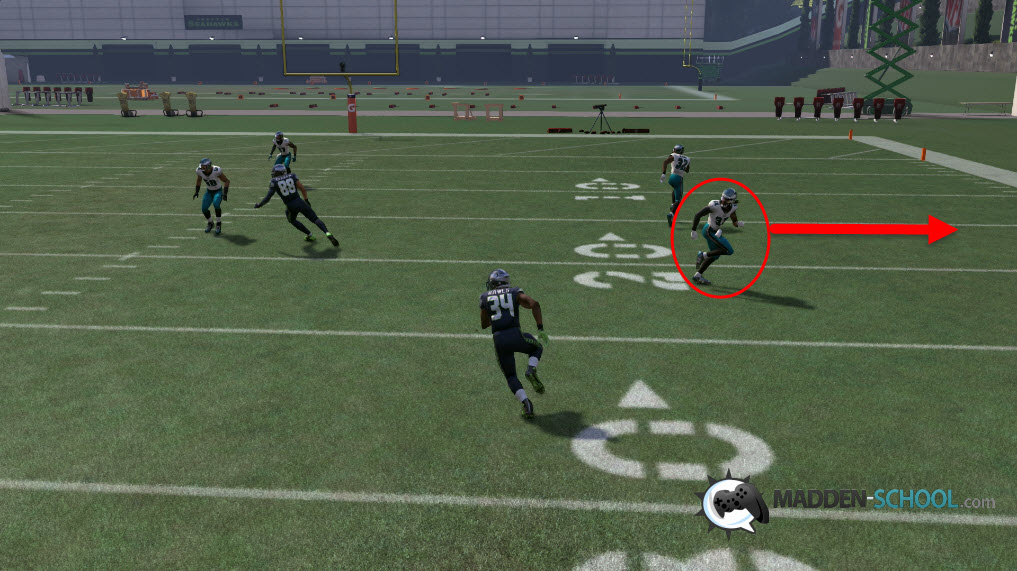 However, he then starts running towards the sideline which opens up a nice passing lane for us. 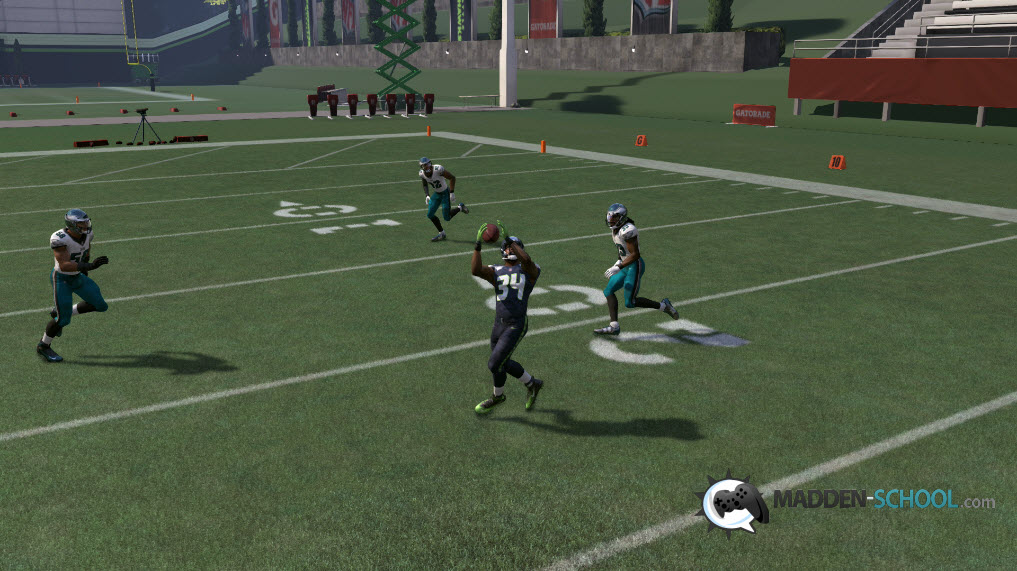 We catch the ball for a 10 yard gain and an easy first down.