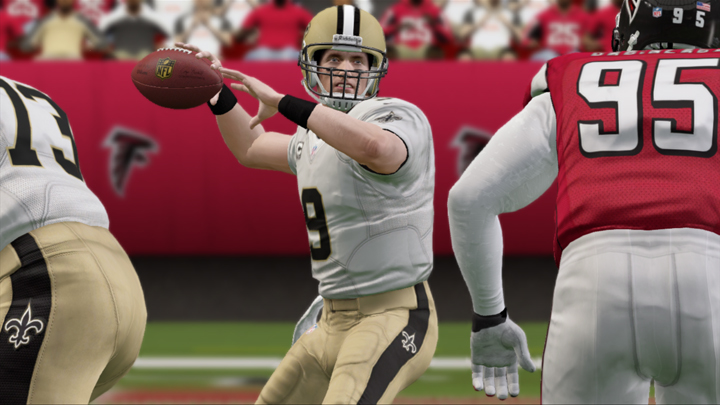 After getting bombarded by fans demanding for a little more transparency on what each individual rating does in Madden 25, EA Sports has addressed the issue.  Unfortunately, our conclusion is that they still have it all wrong.

Here is the list of what the awareness rating does for quarterbacks in Madden 25 with our translated meaning in parentheses for people who play regular online games, tournaments, and leagues.

Think of all of the above things in terms of playing against another person.  None of the things outlined really matter.  Sure if you sit around playing against the CPU all day and truly care how well the CPU’s quarterback makes decisions on whether or not to throw the ball away, then this might make since.  Other than that, it does nothing.

Furthermore, EA Sports really screwed up what constitutes a short, medium, and deep pass in their ratings.

Now I don’t know about you, but a throw that goes 38 yards on the fly, isn’t something I’d consider a medium pass.  Sure it may not be a bomb, but it is absolutely a deep pass.  If you see 38 yard completion on the fly, I have a hard time believing that you would be thinking to yourself, “That was a pretty medium gain.  If you complete 2 “medium passes of 38 yards” you have a touchdown pretty much every time.

Similarly, a 19 yard pass on the fly is by no means a short pass.  That is absolutely a medium pass.

So while I commend EA Sports on trying to increase their transparency a little, it now makes sense why they have been so resistant in the past.  Their ratings are pretty flawed and need a complete overhaul.

At least now we know what these ratings mean and which to avoid so kudos to them for that.