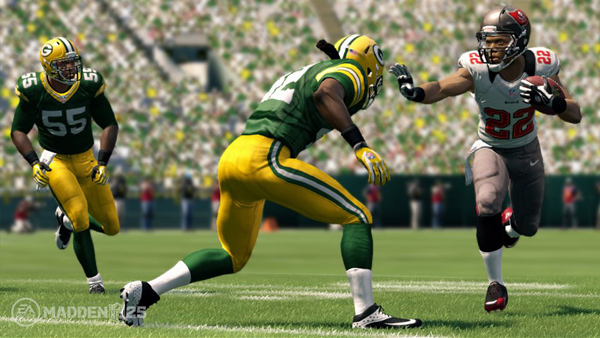 The Buccaneers took a giant step forward this year by adding some key players to their team.  They acquired Darrelle Revis, who is a top 3 defensive player in Madden 25.  They will be a team to watch this year. We have the full breakdown below.

Offensive Strategy: Balanced. Josh Freeman sometimes struggles in the NFL, but he is a solid Madden quarterback due to his strong throw power attributes.  Doug Martin is an extremely valuable Madden weapon and speedster Jeff Demps will help make the offense even more dynamic.  Vincent Jackson is an elite #1 receiver and the offensive line is solid.  This Bucs offense will be good.

Defensive Strategy: Versatile.  With a secondary including Darrelle Revis, Mark Barron, and Dashon Goldson, the Bucs have all sorts of options on what kind of defense to run.  You can blitz, play some zone, man up, or any other defense that you’d like.  An extremely talented secondary allows you to do that.

Biggest Strength: Secondary.  As good as their Madden 25 offense is, Josh Freeman isn’t an elite level quarterback so that will limit them a little bit.  The secondary is viewed by many as the most important group in the game and the Buccaneers have that covered.

Biggest Weakness: Pass rushers – To say the Buccaneers pass rushers aren’t good wouldn’t be fair.  However, when it comes to Madden, they don’t have that feared pass rusher who the opposing offense has to keep track of at all time.

Rating: Good. The Buccaneers are a big time sleeper team this year.  If they start out the NFL season hot, look for them to be a top 10 team in Madden 25.

who new he bacaneers would get tom brady in 2020