Madden 25 For PS4 and XBOX One: Ways To Beat 2 Man Under Defense 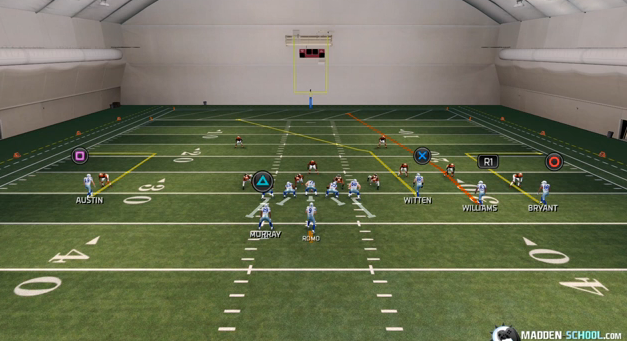 The easiest way to beat the most common defense in Madden 25 (2 man under) is by using the deep out route which is also known as the smart routed out route.

The video below provides an easy tutorial on how to do it which works on PS4 and XBOX One as well as the PS3 and XBOX 360.

Formation: Any Non-compressed or tight formation

Another Easy Way To Beat Man To Man Defense