A new Madden 21 title update is now available to download on the PlayStation 4, XBOX One, and PC.

Some of the key highlights that this patch addresses are pass rush, bubble screens, and some other general gameplay fixes.

Common complaints like dropped interceptions weren’t addressed in this update.

We’ve got the full details below!

Resolved an issue with player-indicator flashing for Pass Lead abilities; Set Feet Lead and Pass Lead Elite was not giving consistent feedback when activating. Now the Star or X underneath the player will light-up appropriately when using these abilities.

Addressed an issue with receivers dropping the ball from late collisions by defenders.

DEV NOTE: In these situations, the receiver would seem to have brought the ball in and secured it but the late collision from a defender would have the ball awkwardly dribble out of the receiver’s hand(s). We have now made the window for knocking the ball out from a normal collision smaller so defenders will no longer be able to knock the ball out so late.

Fixed an issue with defenders in man coverage not reacting appropriately to a receiver on a Bubble route in RPO plays.

Tuning to increase AI pass-rush on All-Pro and All-Madden skill levels. When AI pass rushers win their matchup, they will beat their block sooner.

Addressed an issue with left-handed QB always running option run plays to the left regardless of the designed run direction.

DEV NOTE: We are aware that left-handed QB’s are also running the wrong direction on QB Power plays, and that fix will be in a future title update, as we were unable to squeeze it into this one.

Fixed an issue sometimes causing the ball to be incorrectly spotted on the 35-yard line when a kick returner would catch the ball right on the line at the back of the endzone.

Added logic for user-controlled ball carriers to be able to trigger fake-outs using basic ball carrier skill moves on Arcade, as opposed to only combo moves.

Fixed an issue with some abilities appearing twice in the edit player screen.

Fixed an issue with older, high OVR Free Agents being removed from the game before users have a chance to sign them.

Fixed an issue where players received Morale and Legacy changes during pre-season games.

Fixed an issue with Oilers uniforms. 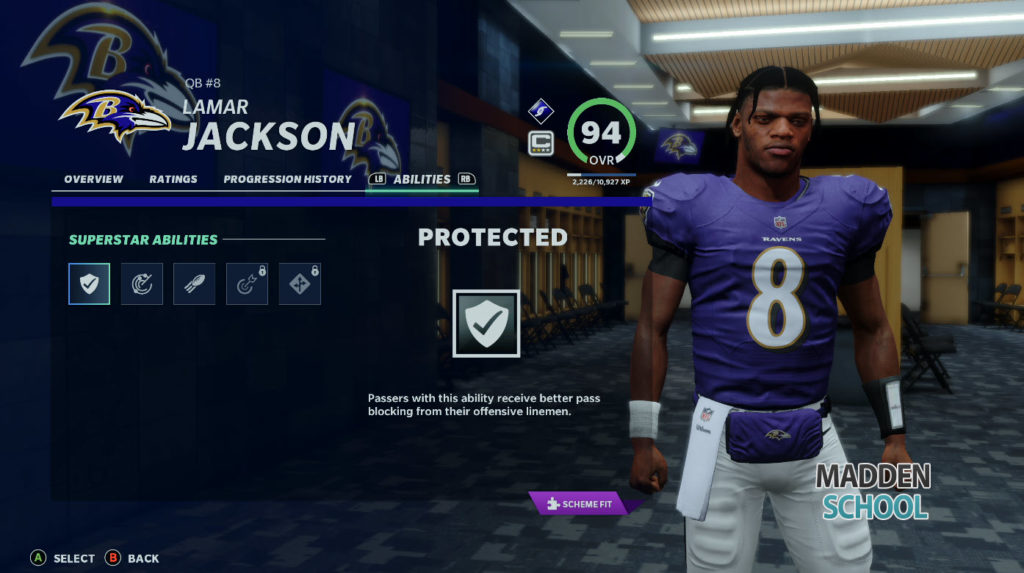 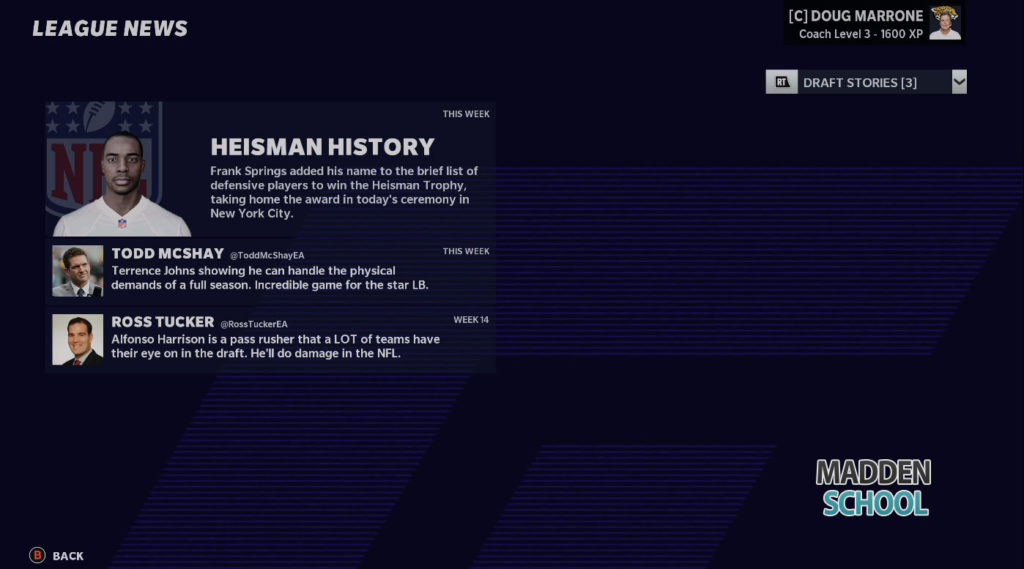