The latest roster update is available to download on both PS4 and Xbox One, and there are some big changes this week. The pros at Madden School are back with our ratings update analysis. After a bit of a hiatus, here are the Madden 18 divisional round roster update winners and losers.

Cam Newton’s overall rating has been up and down all season, but the Panthers QB sees his overall rating go up this week. The fact that Carolina made the playoffs and he played well against the Saints warrants he finishes on a positive. In particular, Newton’s AWR rating rose 3 points while his MAC rating went up by 2 points. Anyone who likes to play with Carolina is happy to see these two categories go up.

The rookie RB went up one point after his big effort against the Titans in the Wild Card round of the playoffs. Hunt ended up one of the highest rated rookies in the game with an 87 overall rating. Hunt’s AWR rose by 2 points while his AGI went up by 1. Hunt is a one of the best young backs to build around in Madden 18 and his overall rating reflects it.

Woods really had a great season, and his 84 overall rating is tops on his team among WR’s. The Rams offense has three great players at the WR position with Woods leading the pack. Woods’ AWR rose by 2 points while his CAR and BCV both rose by 1 point. 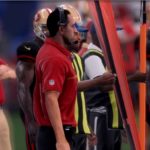 Tyreek Hill didn’t have his best game in the Wild Card round, and his overall rating dropped by 1 point as a result. The second year WR is still one of the league’s most deadliest weapons on offense and returning kicks and punts. The only real significant drop was in Hill’s CTH rating that fell by 1 point.

Mark Ingram was shut down other than his TD. Besides that, Ingram’s performance didn’t have much impact on the game for the Saints, and it looks like his RB counterpart Alvin Kamara could be featured as we move forward through the playoffs. Regardless, Ingram drops off by 1 point in his overall rating. It’s important to note that only his BCV rating went down and only by 1 point at that, so don’t worry too much about using Ingram if you like playing with the Saints.

Trumaine Johnson was simply taken to school, no pun intended, by the Falcon wide outs. The result is a 2 point drop in his overall rating. Johnson took a hit in both his MCV and ZCV ratings as they both fell by 1 point. The Rams CB lost points in the two most vital categories for any corner, and that equates to the 2 point dip. 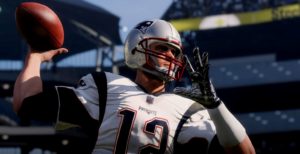 Check out the full database on the EA Sports Madden ratings page.

Are there any players who you feel deserve to move up in the ratings? What are your biggest ratings surprises from the latest roster update? Get the conversation started in the comments section below.