In this Madden 16 money play, we are going over a play found in the New Orleans Saints playbook that can give opposing defenses nightmares.  It has routes that beat both man and zone coverage.

The full breakdown is below.  We also have a new mini eBook for Madden School Unlimited members.  You can take a look at the free play from that eBook here.

Overview: In our opinion this play is one of the best plays in the game this year. It is primarily a zone beater, but also has the capability of beating man as shown in the video.

The reason why this play works so well against zone is because of the angle of the RB/R1 receivers route.  He causes the zones to suck in and sit with him leaving the B/circle receiver wide open to catch and turn up the field for a big gain. The versatility of the routes in this play will create havoc for the defense the entire game.

Let’s take a look at this play in more detail.

We can see that the outside cornerbacks aren’t in press coverage, so this play should work really well. 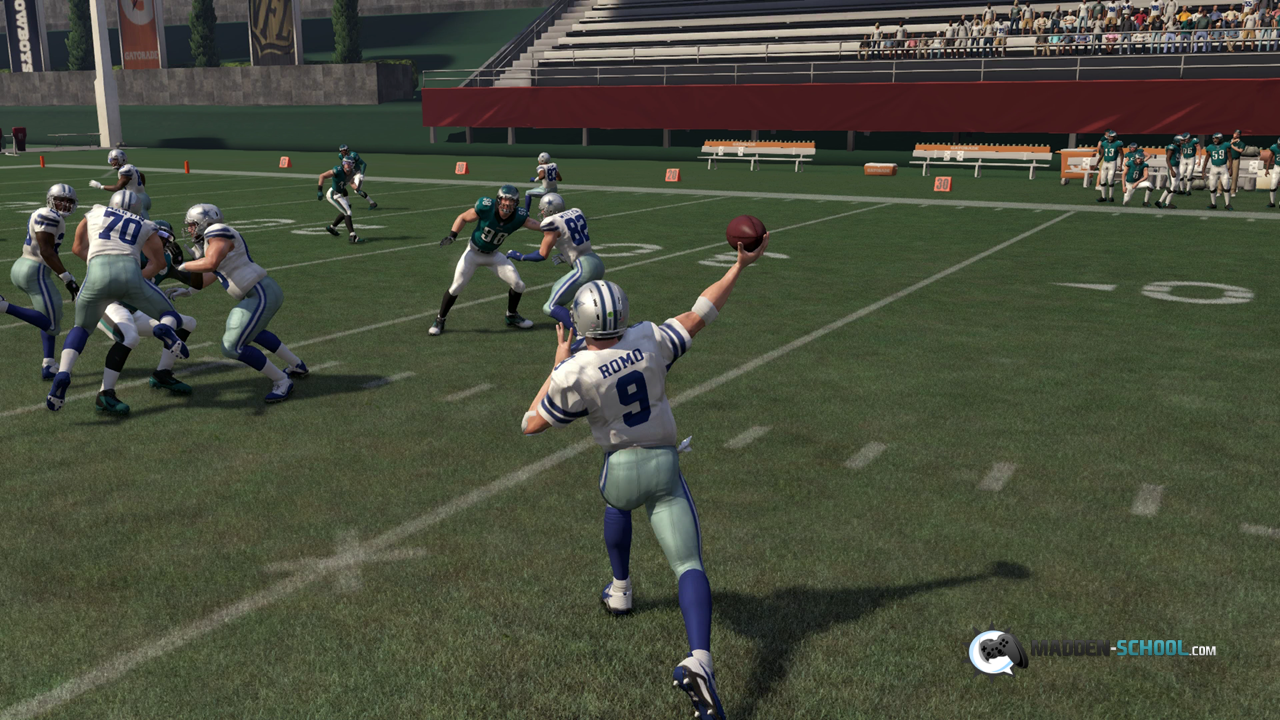 We get the ball out really quickly to our B/circle receiver on the hitch route.

It is an easy 8 yards and we can turn it up field for a few more.

If you are enjoying our free Madden 16 tips, consider supporting us by becoming a Madden School Unlimited member.