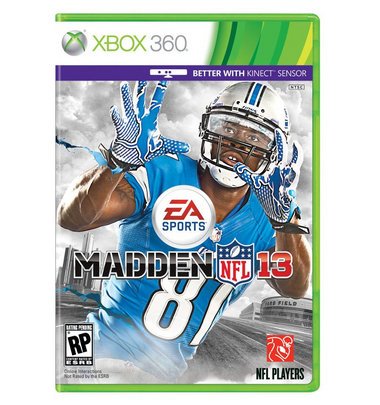 We have known for a few weeks now that Calvin “Megatron” Johnson will be on the Madden 13 cover.  A lot of different potential covers have been leaked onto the internet from retailers and graphics enthusiasts.  Earlier today, EA Sports released the official Madden 13 cover art which you can see above.

There are a few things that you notice upon first glance.  The cover explicitly states that there will be XBOX 360 Kinect support for Madden 13.  We noted earlier that Madden 13 will come out on August 28th so keep checking back for more information.