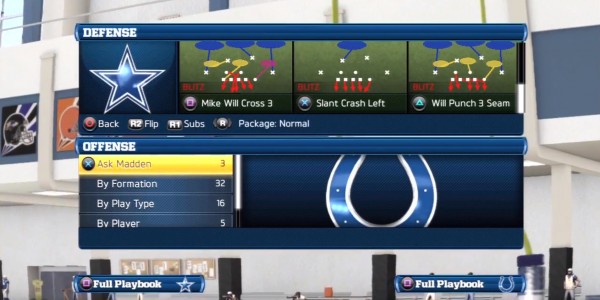 Most of the stuff you see on Madden-School.com caters to a style of gaming commonly referred to as “Freestyle” which basically means that you will do anything outside of blatant cheating to win a game.  However, there is another group of gamers that are rapidly expanding their reach in Madden 13.  The way they played is called “Sim” which just means that they attempt to play the game the way it is seen on Sundays.  We have tons of sim leagues on Madden School, and there are just as many sim communities at websites like VG Strategy.

Simply put, sim gamers aren’t going anywhere and it is time for us to start including sim strategies in our Madden tips section.  In today’s free tips tuesday episode, we will be taking you inside of the mind of our resident football genius Baller7345 where he will be sharing his entire arsenal of sim blitzes.

Madden 13 Blitzes For The Sim Player

Let us know what you think in the comments section below and make sure to leave your ideas for next year’s game on our Madden 14 Wishlist.