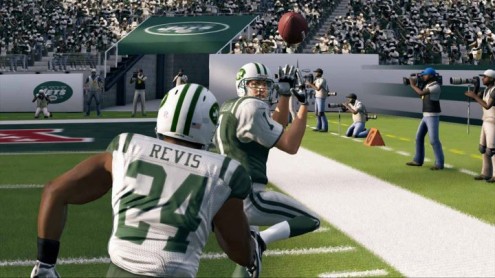 As a Jacksonville Jaguar user for as long as I can remember, passing has never came easy to me in the Madden NFL games.  Sure I could establish a dominant run game with Maurice Jones-Drew but I haven’t been able to throw to a legit #1 or even #2 receiver for a few years now (Hopefully that will change with Laurent Robinson and Justin Blackmon).  Nonetheless, passing is a huge part of the game and doing it well in Madden 13 will lead to success.  So today I am going to take you through a few ways that I get the most out of poor wide receivers.  For the sake of this article, I am going to use the Jaguars as a reference since they have had poor receivers and a great running back the last few years but the same concepts can and should be applied to any similiar team.

The point of this article is to get you thinking in your opponents shoes and to think creatively.  Sure it sucks to play with a team that doesn’t have much talent at wide receiver, but it is definitely doable.  If you have any questions or other tips, feel free to leave them in the comments section.