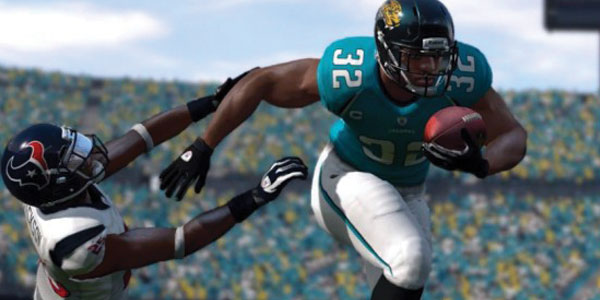 With Madden 13 just around the corner, we are all starting to wonder how to piece together our offense. Football is a physical game, and though not always necessary, a strong running game will always help your cause. Not only will it force the defense to respect you, but it can often open up the passing game for you as well. So the main question is, how do you develop a strong fundamental running game?

You can always start by choosing a scheme to run with, no pun intended. Your scheme should represent the back you have closely. If you have Marshawn Lynch, you should be pounding the ball up the middle. On the contrary, if you have Chris Johnson outside runs will allow CJ to take advantage of his speed. That being said, remember to be diverse and switch it up. Run a variety of inside and outside runs and make sure the defense can’t guess what you’re running. The last thing you want is James Harrison exploding in the backfield after you ran the same play three times.

You will likely meet people who can shut down your everyday running game. Now in this situation you can’t just stop running the football, that’s what the defense wants you to do. Instead, it would be a good idea to open up the running game by passing the ball. When you start to run the ball effectively, the defense will bring more defenders into the box in order to stop it. The same goes with the passing game. If you start to make multiple back-to-back completions, the defense will spread out the field and also add more DB’s on the field. This is when you want to attack the defense with the running game. Keep the defense guessing and more importantly, keep them honest. When the defense steps onto the field, they should have no clue what to expect. If anything other than that happens, you’re offense is going to be in a lot of trouble.

Now like I said earlier, the best time to run the ball is when the field is spread out and DB’s are on the field. This is because your running back will have more room to run and the offensive line won’t have to deal with as many pesky linebackers. Now it doesn’t take a defensive genius to guess what the offense will be doing in a 0WR 3TE 2RB, just like it’s not hard to guess what will happen in a 4WR 0TE 1RB formation. In order to really keep the defense guessing, try and find good run and pass plays out of the same formation, that way you are a threat to both run and pass the football. Finally, I would like to add to never give up on the running game. Just because the defense is stopping you for the most part, doesn’t mean that you won’t break the big one off. Stick with it and it will pay off for you.