As many passionate madden fans know, madden gamers have their own language that they use to communicate.  So we decided put together a resource for people new to madden 15.  We will be updating this list regularly.  If you hear a phrase used by other madden gamers that isn’t on our list, leave us a comment and we will be sure to let you know what it means.


Bandwagon Jumper – a player who only uses elite teams rather than switching around or staying with their favorite team.

Bum Hunter – a player who only plays others that are a much lower level than they are in order to win more games than they otherwise would.

Cheese– A play or playing style that is considered unethical or not fair.  It isn’t a glitch but it is frowned upon by some gamers.

Concede– If a player is losing by at least 21 at half or 17 at the beginning of the 4th quarter than they may request to concede to the other player. This will end the game and the player that conceded will receive a loss and the other person receives a win.

DC– (Disconnect) When a player quits or leaves a game and the game is not recorded or both players get a loss.

DNF– Did Not Finish; The percentage of games you either quit, or got disconnected on. Friendly quits, concedes or mercy do not raise this percentage.

“Fag D”– Defense that drops more than 8 guys into coverage, usually using defensive lineman, with very little to no rush on the quarterback.

Free Wins– Players that set up two systems and play themselves on two different accounts in order to win every time. This is a  much more prevalent practice on PS2 and PS3 than Xbox 360.

Freestyle Players– These players are win at all costs type players, if it is in the game they will use it.  These are usually hardcore gamers.

Friendly Quit– Both players agree to quit the game and it is not counted towards your record.

Glitchers– Players that will quit, leave the game, or expliot flaws in the game which leads to the game not be recorded. These users usually have a large number of wins and very small number of losses.

Mercy– If a player is winning by at least 22 at half or 17 at the beginning of the 4th quarter they may request mercy. If the other player accepts than the game will end and the player that offered the mercy recieves a win and the other recieves a loss.

Money Play– A play that if run correctly works every time.  It is a go-to play usually used when you really need a first down or a touchdown.

Nanos– Defensive plays where a  player shoots through the offensive line and is not blocked usually resulting in an easy sack.

Rocket Catch– A form of user catching that is impossible to stop if done right. Throwing the ball up high, and turning around and catching it before the CB can make a move on the ball.

Skunked– When you are up by more than 21 on your opponent.

Straight/Sim Players– Also called str8, these players play the game in a way that is similar to how NFL games are played on Sundays. They don’t glitch or cheat in any way.

User– to control a player (instead of letting the cpu do it for you) while they make a catch, tackle, sack, pick etc.

There are so many madden terms out there that we are sure to have missed a few, so leave us a comment with the word and the definition and we will update the post as the comments come in.  Hopefully these terms come in handy when playing online in Madden NFL 15. 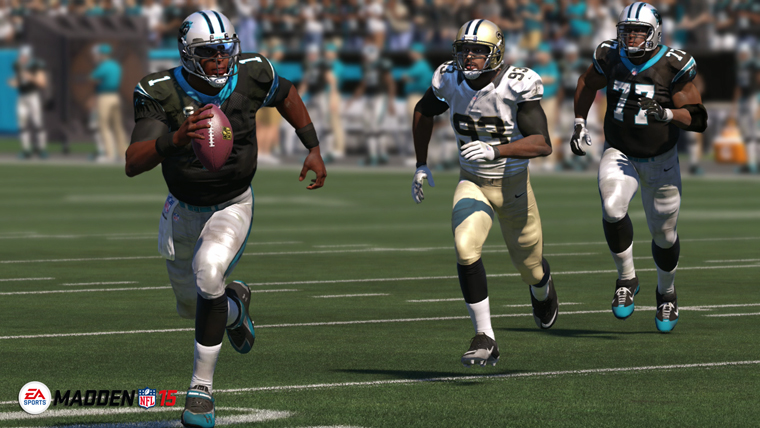