EA Sports has released a new patch that is live now on all systems. When you boot up Madden 21 for the first time after today, October 2nd, you will be prompted to download update 1.12.

It is around 2.234 GB on the Playstation 4 and should be around the same size on the XBOX One as well.

This update fixes a few well-known problems with the game but notably leaves out a lot of things gamers were hoping would be addressed.

We’ve got the full notes below!

Addressed an issue where when running Nickel 3-3-5 Wide: 1 Sam SS Blitz an Outside Linebacker in Man would inappropriately convert to QB Spy.

Improved Default Zone Drop Coach Adjustment for Flat Zone so Cloud Flats and Hard Flats would play appropriately when on the field at the same time.

Address an issue in Cover 4 where the Quarter Flat player would match routes that he should not have been matching.

Fixed an issue causing an opposing player to freeze in the middle of the field sometimes during offense-only practice.

Fixed the Zone/Man tell where offensive users were able to tell if their opponent were in Zone or Man based on when they could snap the ball.

Addressed an issue with Cornerback Coach Adjustment being set to speed resulting in the Middle Linebacker being lined up at outside cornerback.

Fixed an issue with the frontside Defensive End being left unblocked when running Singleback: Bunch: Pitch WR Reverse vs Dime: 2-3-6.

Fixed an issue with offensive users not having the ball spotted back 5 yards from the previous line of scrimmage after committing a False Start penalty on a two-point conversion.

Addressed an issue where we were not getting the correct amount of broken stiff-arm tackles to trigger.

Fixed an issue where each and every star reward was awarded separately instead of combined.

Fixed an issue where players could not import their normal lineup when creating a Salary Cap Lineup.

Fixed an issue to help balance the amount of XP awarded for Solo Challenges.

Implemented the 80/20 item view when comparing players from the Lineup Screen.

Fixed an issue with the Abilities Gift Wrapped, Wrecking Ball, and Brick Wall not unlocking for users.

Updated Salaries screen for the “Savings” and “Penalty” columns so they no longer require the user to scroll to the back of the list to view.

Updated Relocation text for St. Louis and Oakland to clarify that users cannot change branding when selecting those cities: Choosing this city keeps existing branding, including uniforms, logo, and nickname. There are no re-brand options in this location.

Fixed an issue with generated draft class players not getting credit for Downs Played and revealing their development trait.

Added display of Madden Rep and Cred on The Yard main hub.

Fixed an issue where an Avatar would not stand in the right spot after a teammate disconnected.

Fixed an issue where an Avatar would display a generic name after the user who owns that avatar had disconnected from a game.

Fixed an issue where after readying up, but before transitioning to the draft, in H2H events with a premade squad, users would often see the “Finding Teammate” animation overlaid upon their teammates and empty slots. 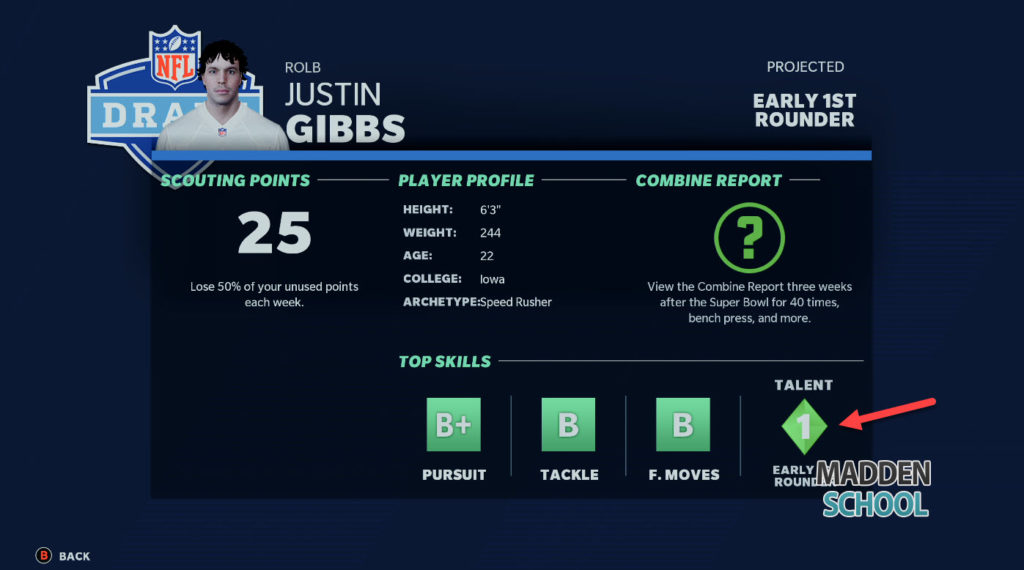 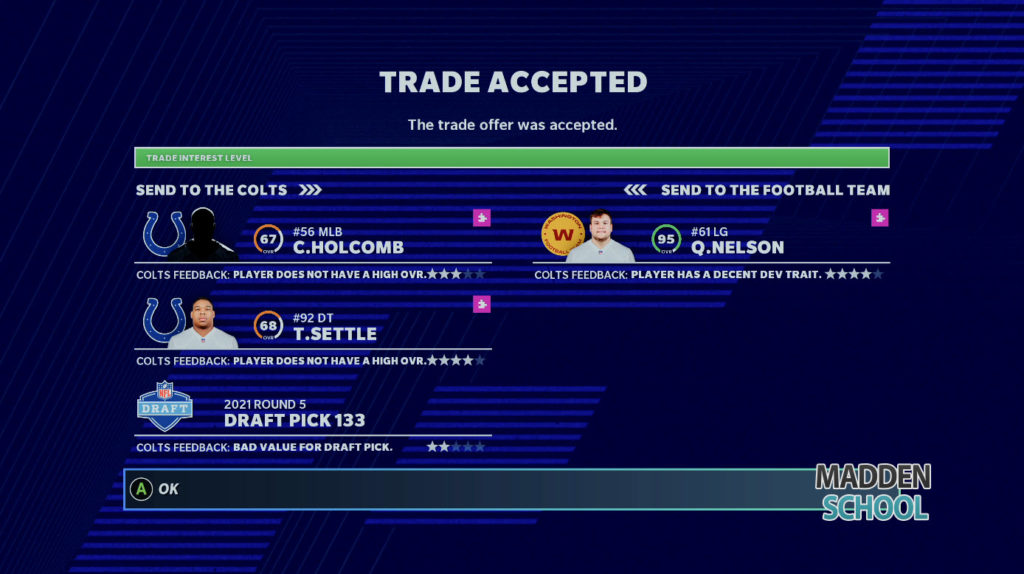