Simpler, Quicker, Deeper; that is the slogan being used to market this year’s version of Madden.  What does this mean for us hardcore madden gamers?  Madden-School breaks it down for you

Simpler- It seems every year Madden is dumbed down to try to appeal to a wider variety of gamers, so it is no suprise that the developers are trying to make this year’s madden even more basic.   It doesnt matter how mu 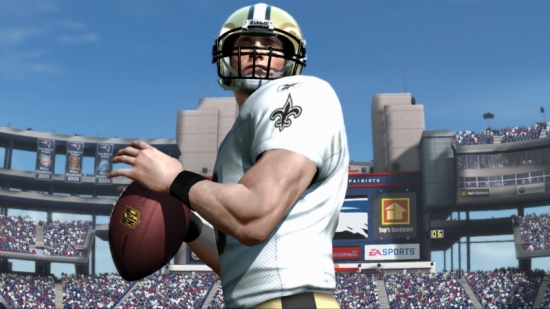 ch we beg for past feautures like man lock and formation shifts to come back, it seems that is a lost cause.  The hardcore community must accept that.

Quicker- Madden 10’s key new feature, the accelerated clock was an attempt to make the game faster.  While the games became faster, strategy went down.  In prior madden games, a play would be called, then manipulated, then maybe an audible would be called, and then a hot route and motion all before the play began.  In madden 10, you have no time for any of that.  Once you call a play, you only have a few seconds to get the play off.  It will be interesting to see the game will be made quicker this year.

Deeper- Deeper is the word that appeals most to the hardcore gamer, but it is such a generic word it could mean anything.  Features such as 3v3 co-op, easier play calling and other improvements have been announced, but only time will tell how effective those feautures are.