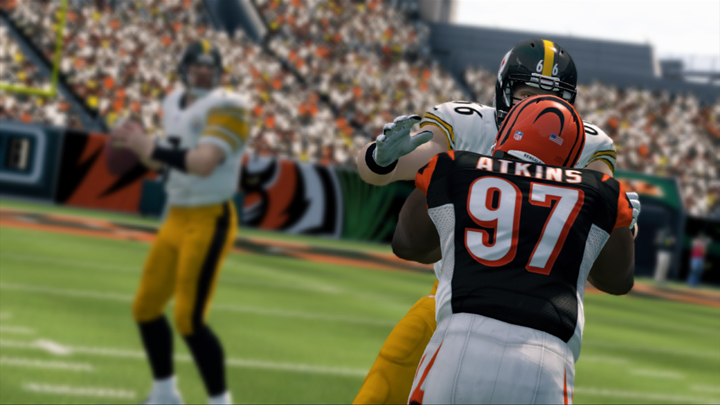 Over the last few years it has been hard to decide which attributes to upgrade in connected franchise mode due to the simple fact that we were never told exactly what they did.  We always have had a general idea but up until this year we haven’t received any word directly from EA Sports.

This year they have released what a few individual ratings do for each position in Madden 25.  Today we will go over 2 attributes important for defensive lineman: Block Shedding and Power Moves.

What Block Shedding Effects in Madden 25:

What Power Moves Effect in Madden 25:

Some of these descriptions are still a little vague, but at least we now have some information which is a giant step forward from last year.