Screen passes have always been overly effective in Madden games.  They were in Madden 15 and they likely will be in Madden 16 as well.  However, not everyone knows what to look for when they throw screen passes.

This post will cover what to look for from the defense when you are just about to throw the screen pass so you don’t throw interceptions or complete the pass for negative 5 yards.

Let’s first start with what to look for. 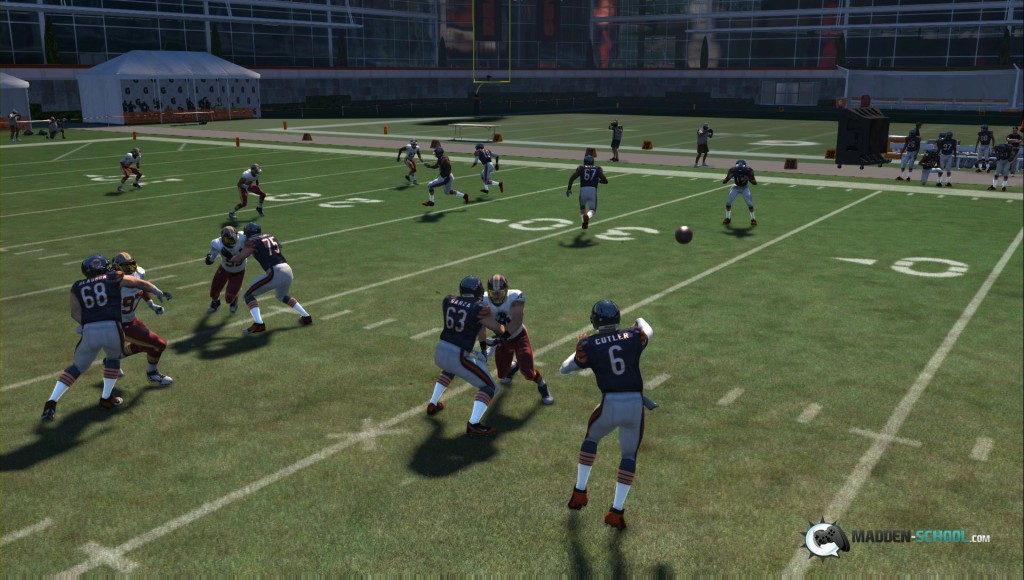 When we are releasing the ball, the look in the screenshot above is ideal.  You have plenty of blockers out in front and no defenders near the receiver. 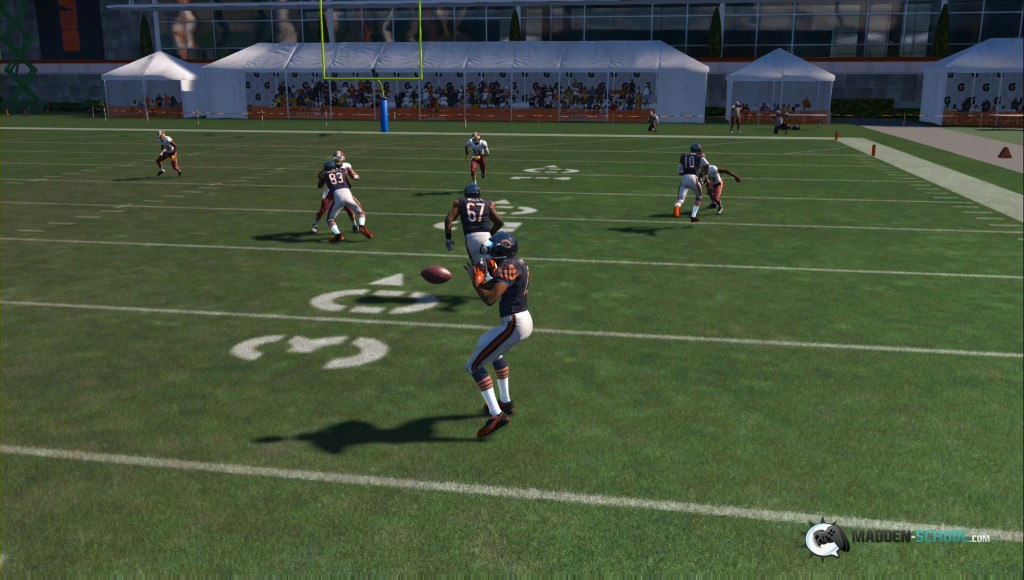 You can see that when we catch the ball, we have all kinds of open field in front of us.

Another acceptable situation when you will be fine throwing a screen pass is when you don’t necessarily have all kinds of open space around your wide receiver, but every defender is blocked.

Here is an example of what that looks like. 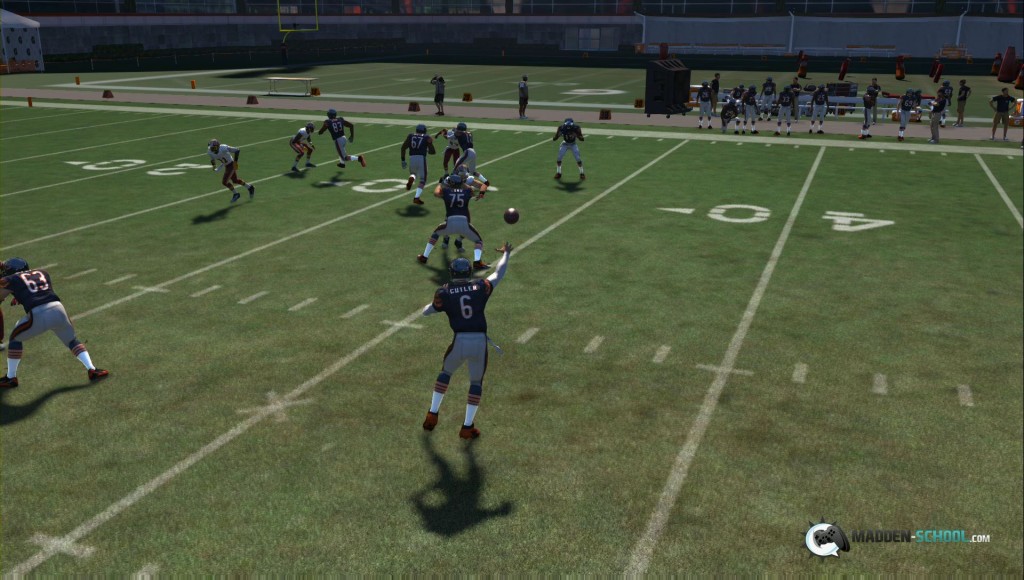 You can see that it is much tighter this time but there really isn’t any danger of the ball being intercepted because any defender near the ball is engaged with a block. 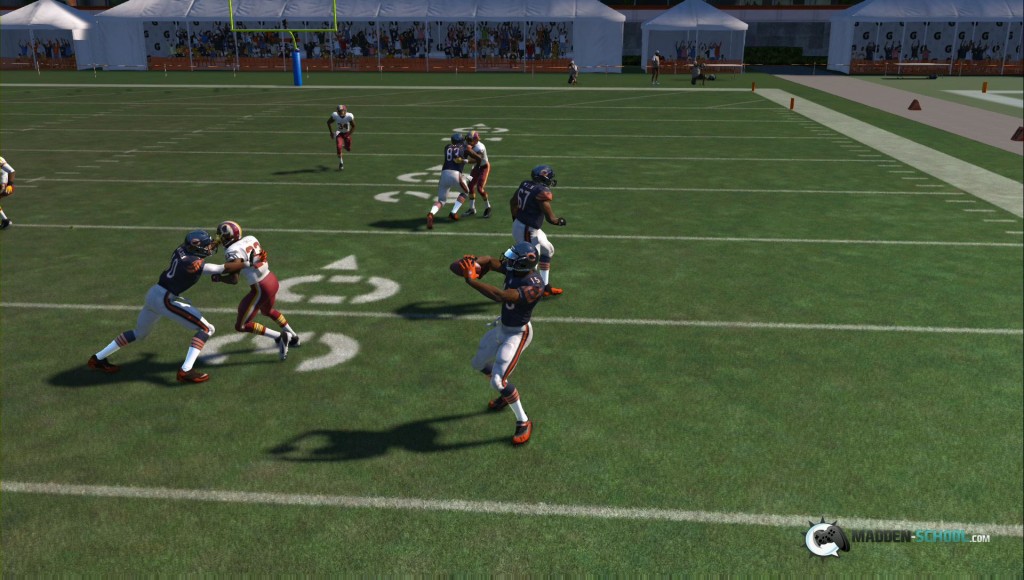 We are able to catch it and even tough things look a little tighter than in the last example, we are pretty much in the same position as before.  We have all kinds of open field in front of us.

Now let’s move on to perhaps the most important information which is when not to throw the screen pass.

If you blindly throw a screen pass without looking, you can throw pick 6’s really easily or lose a quick 5 yards.  It is much better to just throw the ball away or to a receiver on a drag route instead. 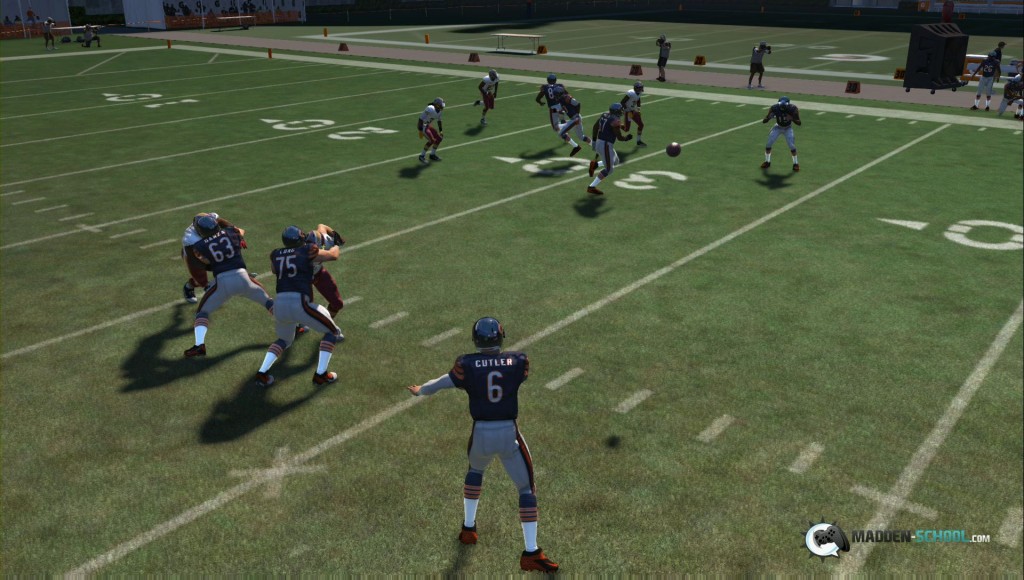 You can see in the screenshot above that the defender has a good angle on our receiver.  Our offensive lineman might have a chance of blocking him but it isn’t too good. 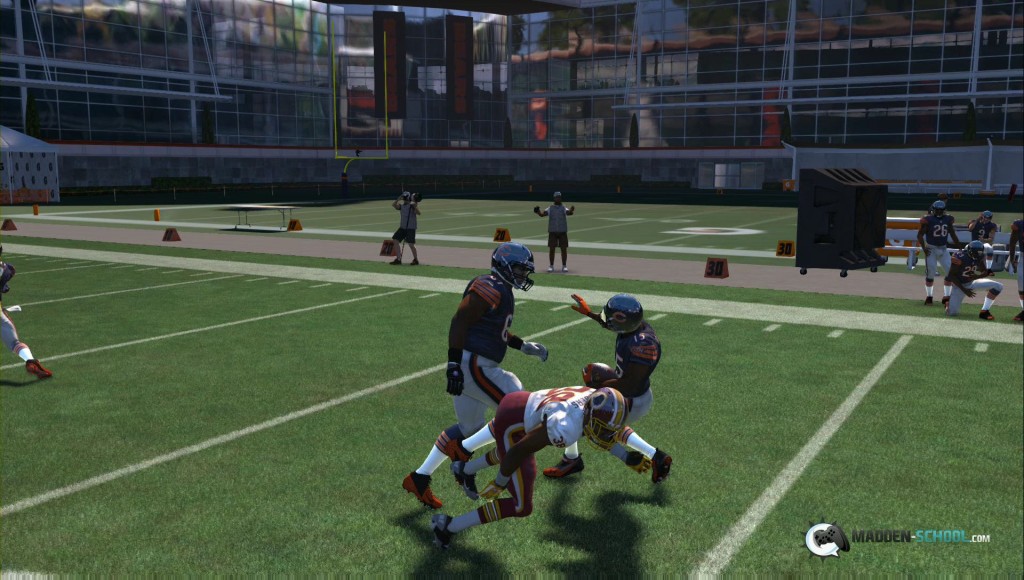 This is how that play ended up.  With our blocker standing around and the defender putting a hit stick on our exposed wide receiver.  We end up with a 3 or 4 yard loss.

The point of this Madden tutorial is so that you can recognize when it is safe to throw a screen pass and when it isn’t.  Practice it with Madden 15 so you are ready when Madden 16 hits stores in August.